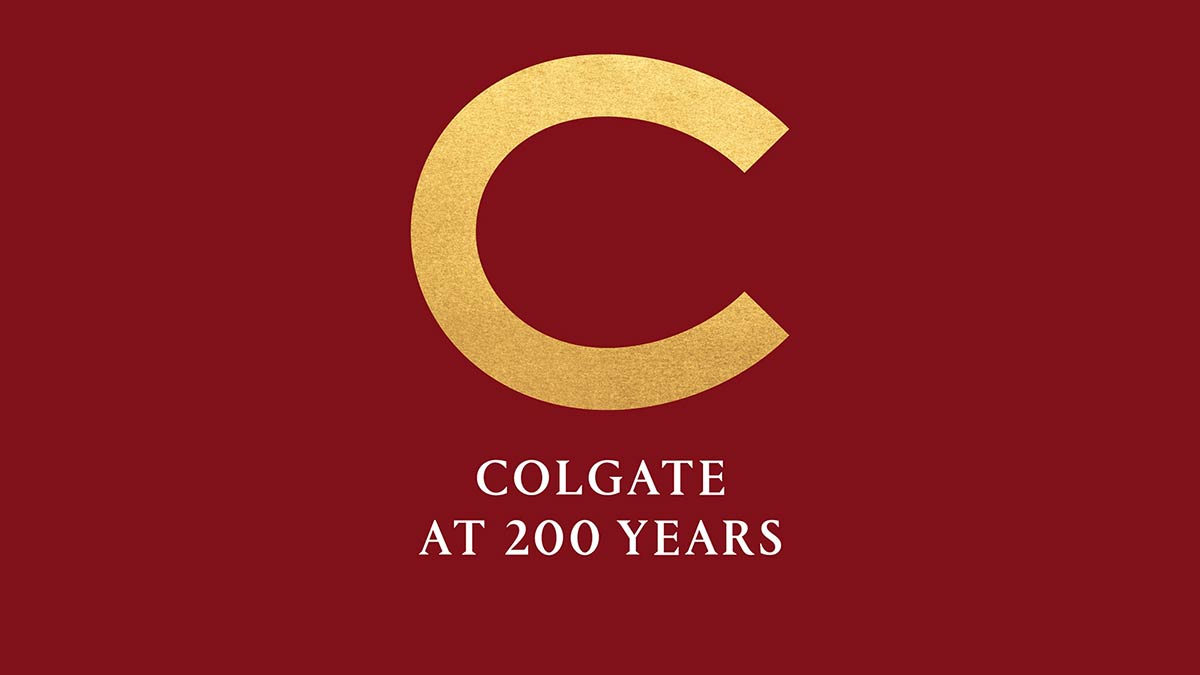 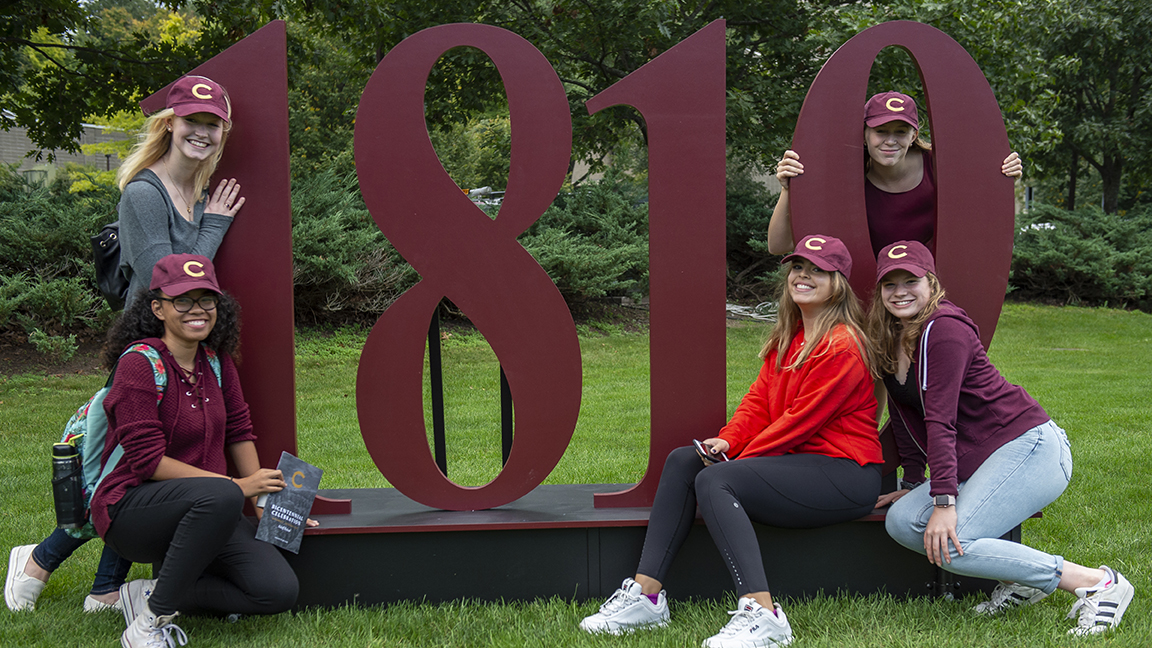 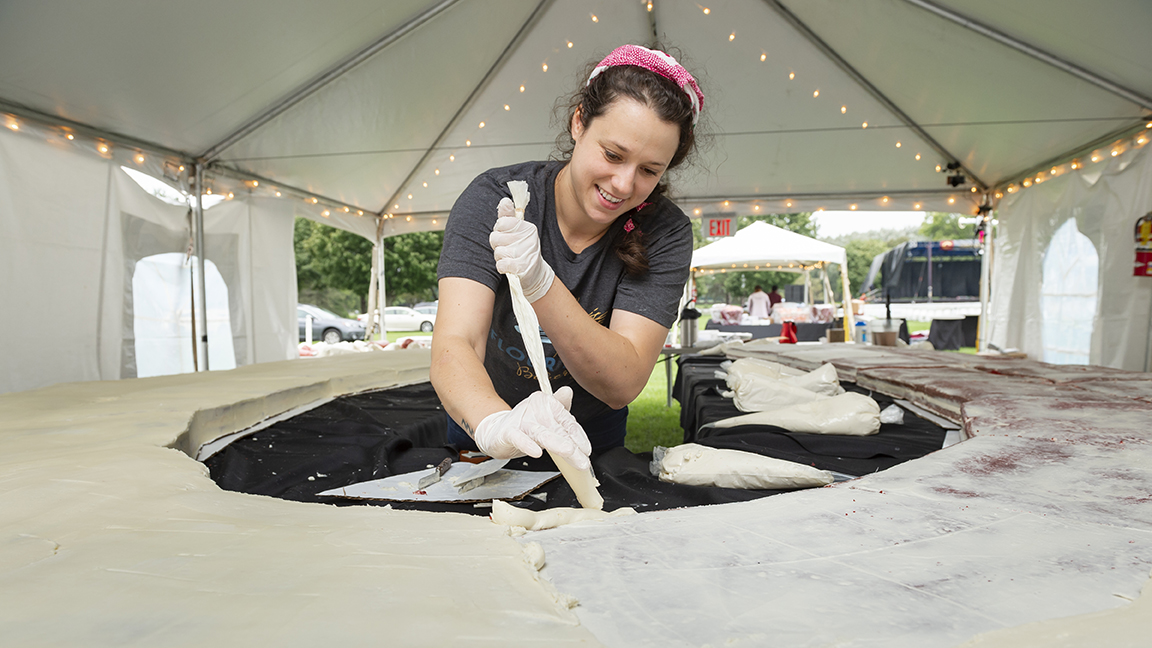 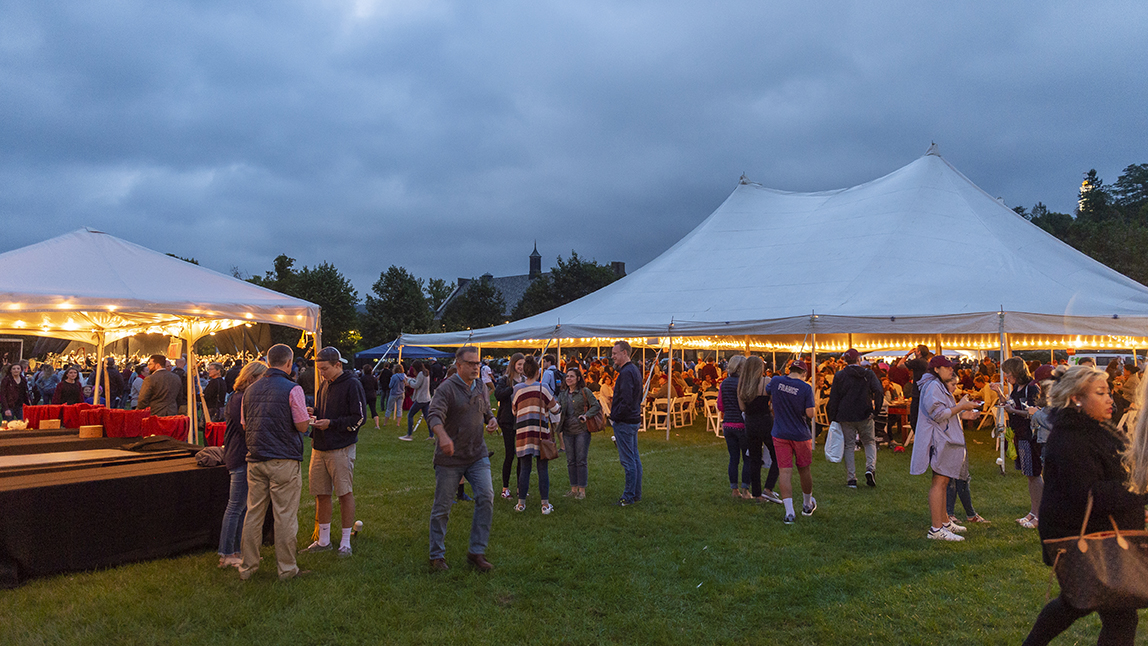 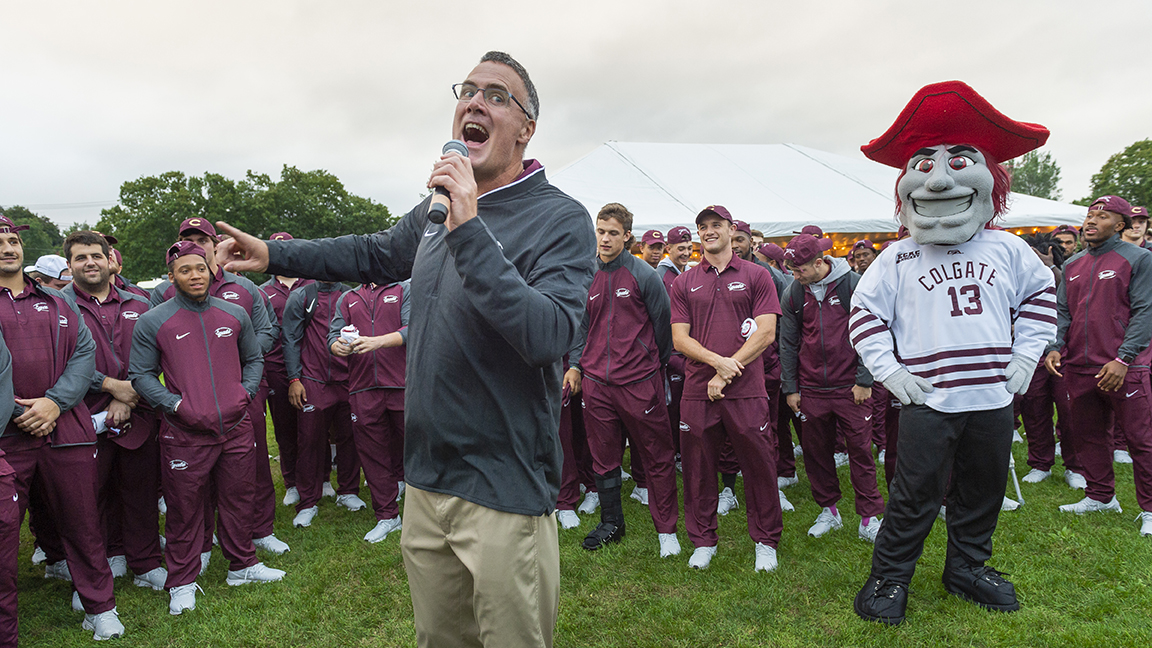 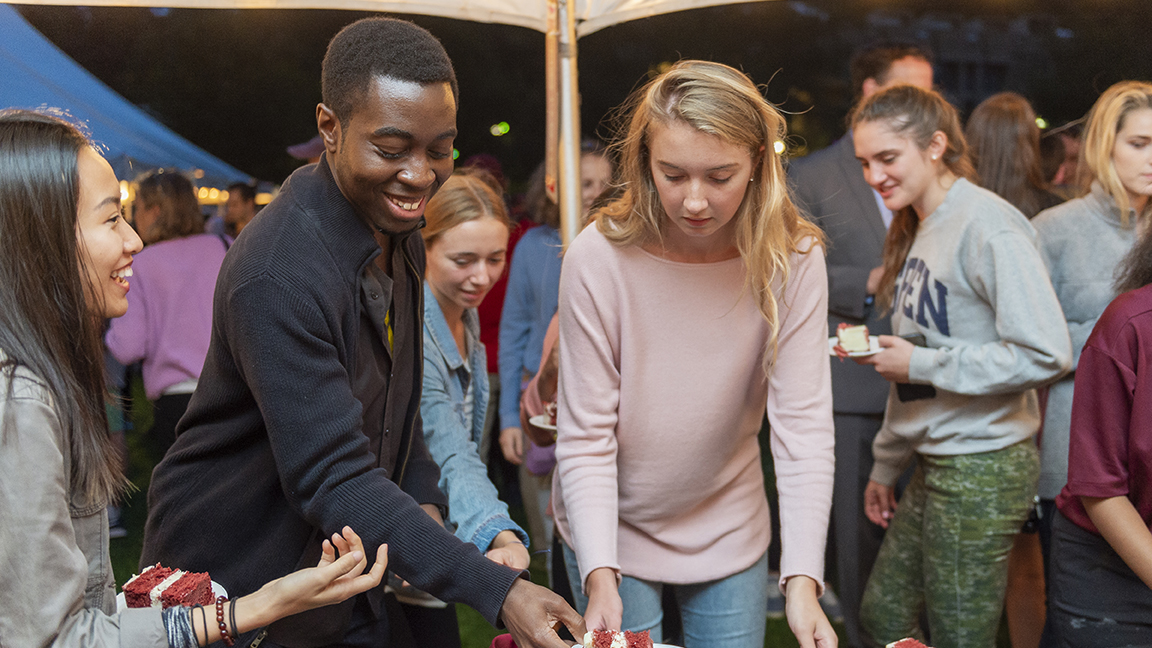 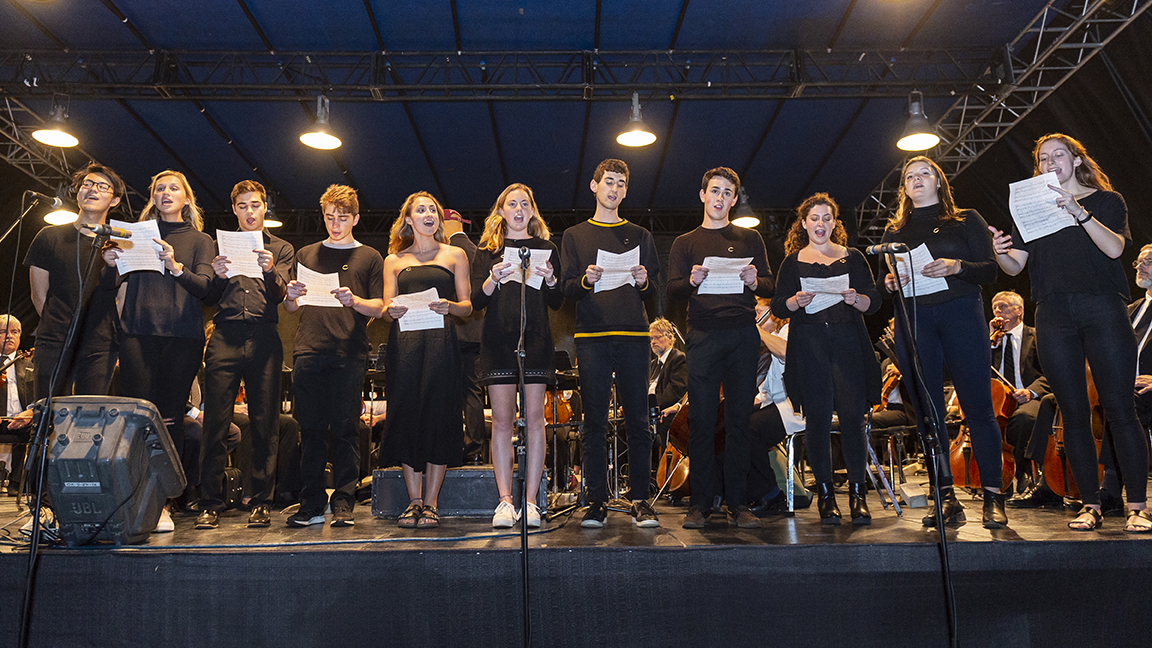 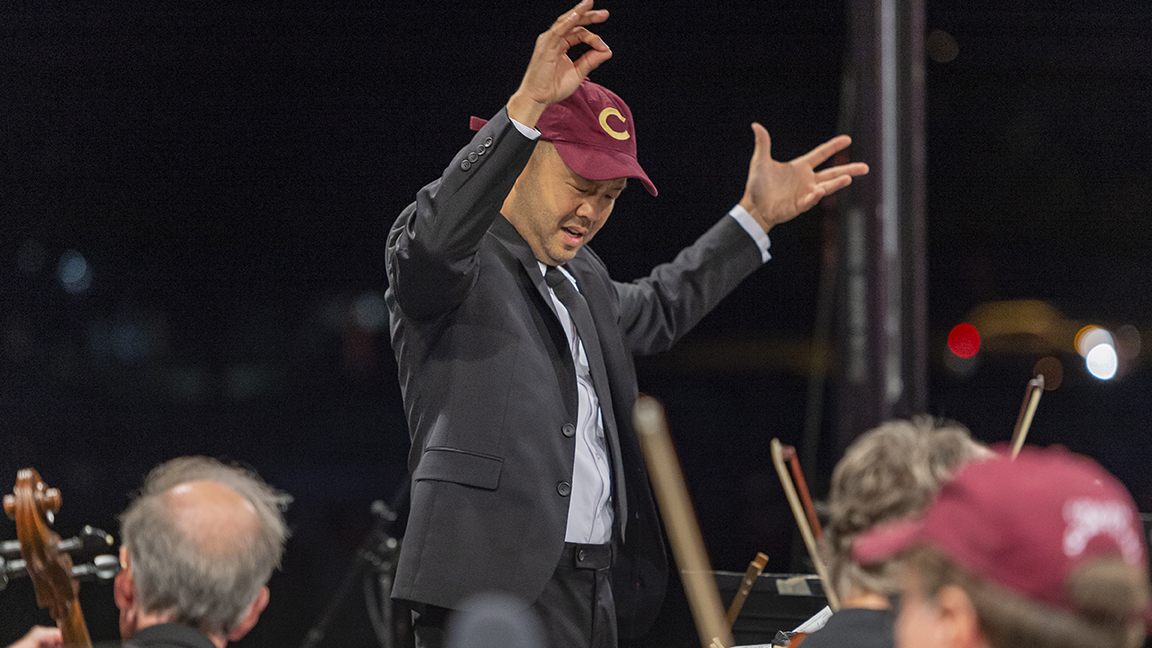 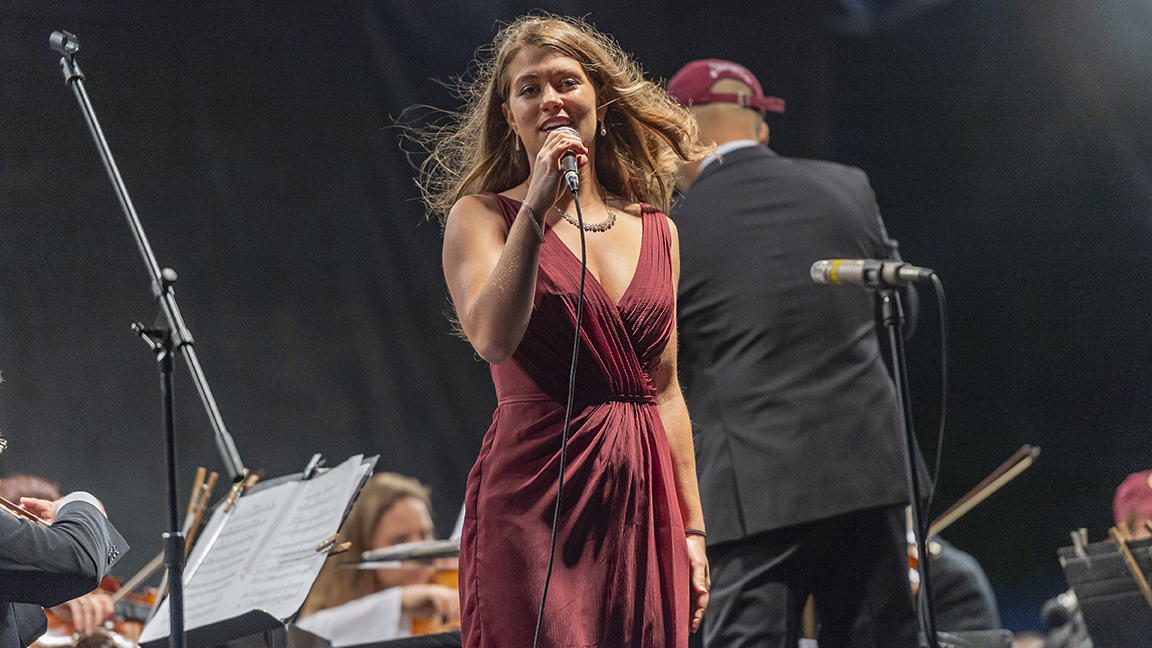 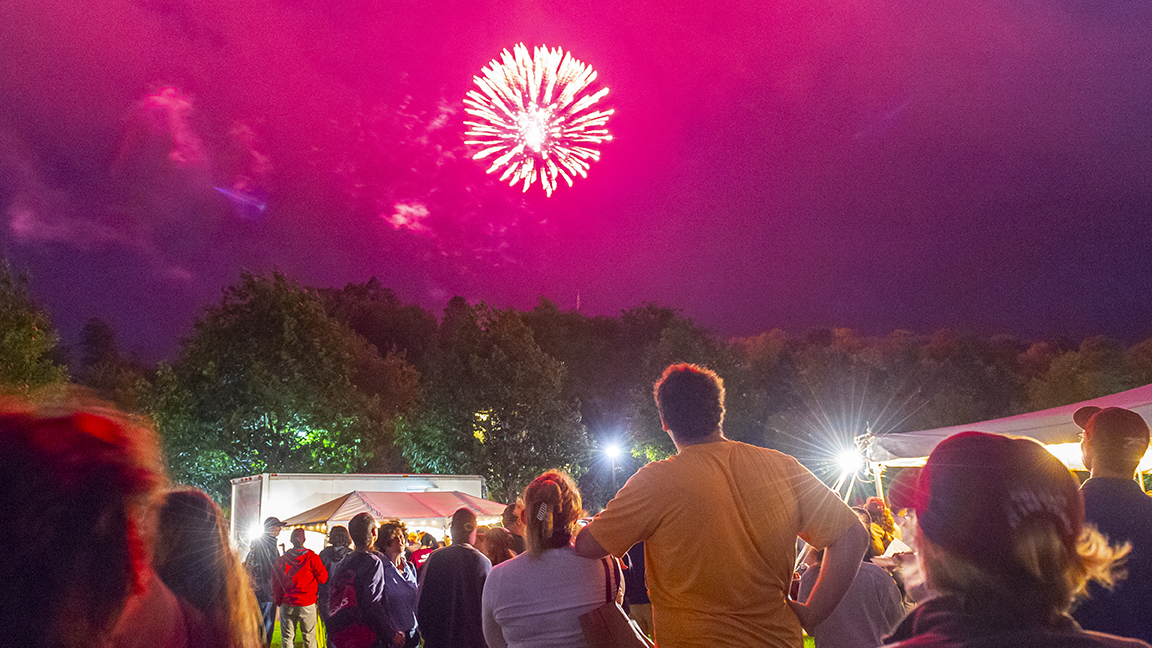 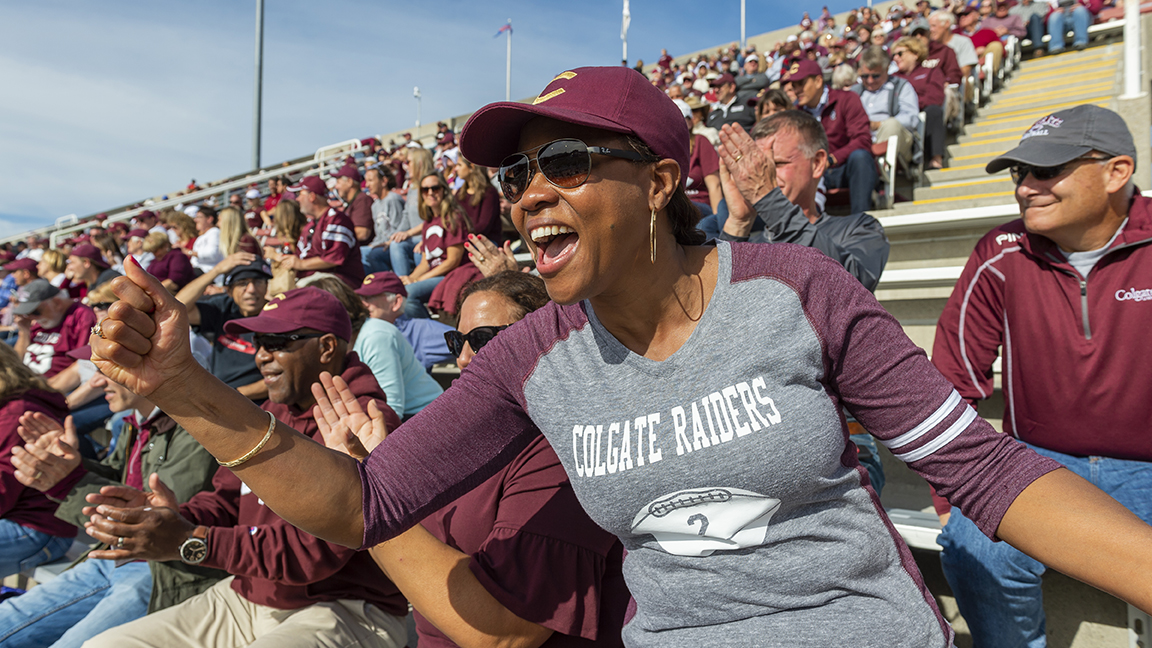 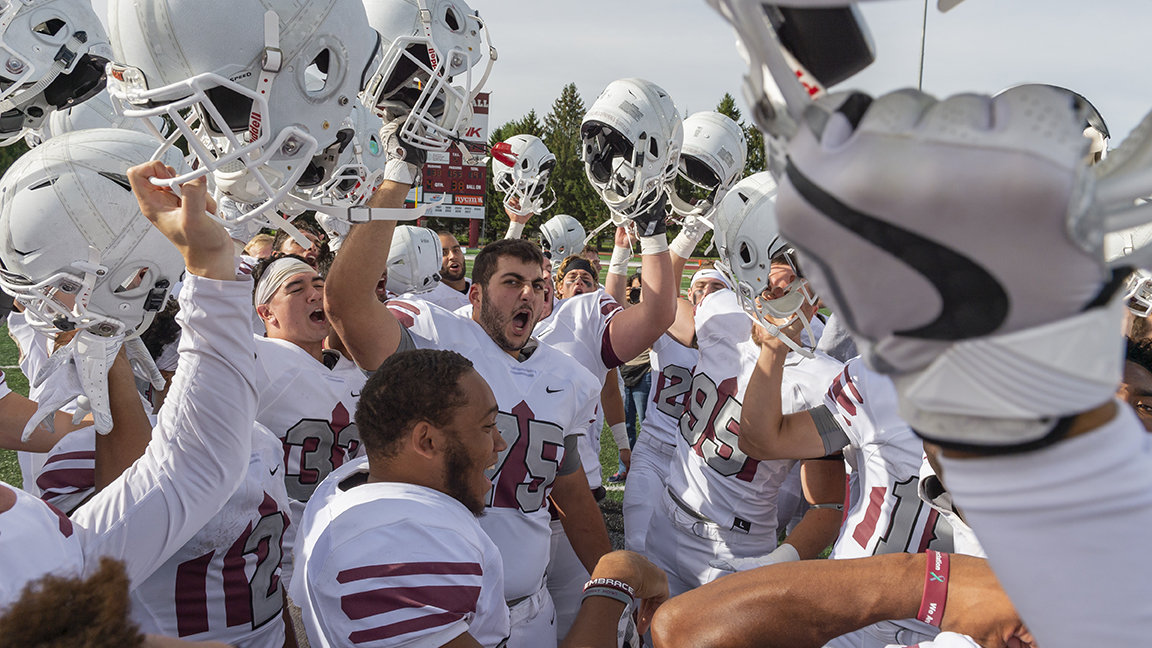 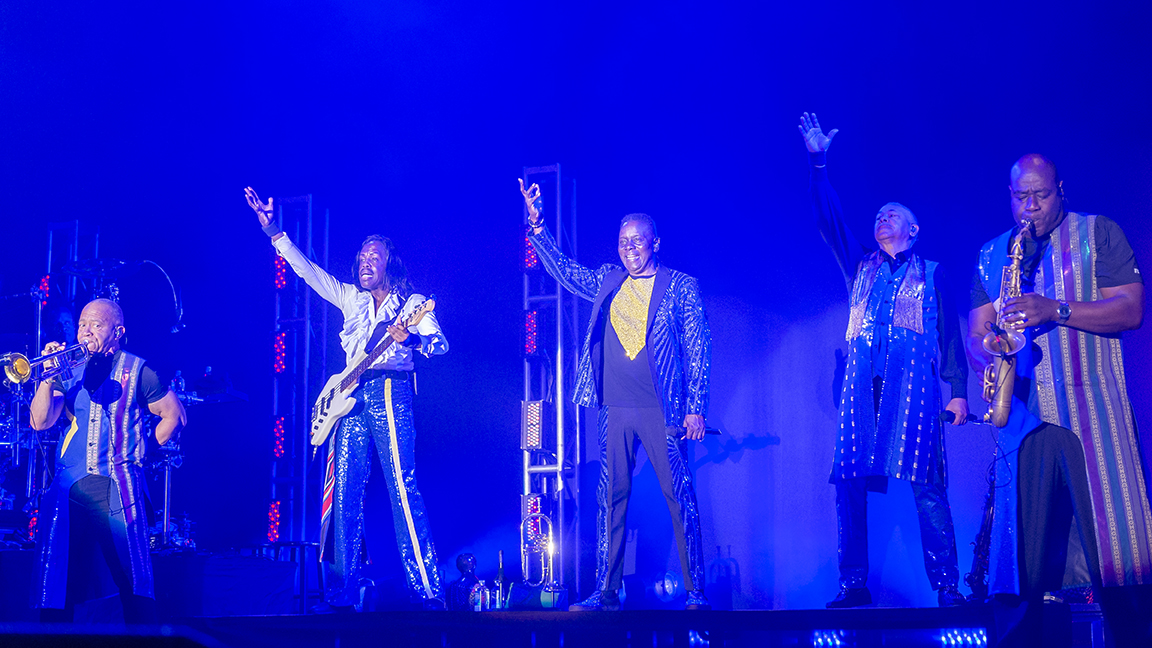 Even as the weekend approached, there were indications that a party was in the offing. On Thursday, Rock and Roll Hall of Famer Patti Smith sang and spoke during her Living Writers presentation, which packed Memorial Chapel. The university’s first all-staff tunk also took place that afternoon. Elsewhere around campus, stages were going up, sound checked, weather forecasts consulted.

By Friday afternoon, the commemoration was in full swing and the village had doubled its population.

Bicentennial Kickoff Weekend encompassed homecoming and Family Weekend as well as the university’s 200th birthday. For an institution in continuous operation for approximately 73,000 days, key moments made these three stand out.

Good Nature Brewery owners Carrie Blackmore ’08 and her husband, Matt Whalen, provided a Colgate-inspired amber ale for the festivities: No. 13. Touted as a brew “for liberal arts people,” the beer was available throughout the weekend alongside food from 13 food trucks and other catered fare.

Cutting a maroon swath through the crowd came the Colgate football team, cheer squad, and pep band, spreading some Raider spirit in the lead-up to Saturday’s big game.

Symphoria set the celebration to music on Friday evening. Strains of strings gave way to the pop and sizzle of fireworks exploding over the hill that Samuel Payne once tilled, where students and faculty now engage in an academic enterprise that would certainly exceed his expectations.

Smith and Petrulis, prompted by questions from Harsin, noted Colgate’s early commitment to diversity and globalism. They discussed pivotal moments in the university’s past, and they filled out imaginary cocktail party guest lists. Among Smith’s invitees would be university Co-founder and former President Daniel Hascall and Professor Emerita Marilyn Thie — one of the university’s first female faculty members.

Petrulis added John Tecumseh Jones, a Native American student who arrived on campus in 1826. Jones’s colorful life included a stint at sea and adoption into multiple tribes. He went on to become the richest man in Kansas, a friend and lawyer to abolitionist John Brown, and a cofounder of Ottawa University.

The deeper meaning behind the guest lists was clear: Colgate has remarkable stories to tell. The depth of its history is both exciting and surprising, born from a Baptist tradition that says anyone can be a student. “We will educate you if you are willing to come and be educated,” Petrulis said.

With so many members of the Colgate community returning to campus, there was no better time for a homecoming tailgate and football game. Food, conversation, free T-shirts, and abundant sunshine put fans in the mood for victory. Dressed in throwback jerseys that attracted national attention, the Raiders demonstrated Colgate’s Division I athletic prowess in a 45–0 win over Lafayette. At halftime, the crowd poured down onto Crown Field to form a Bicentennial C, captured by drone for the university archives.

With another hashmark in the win column, attendees moved across the Maroon Council parking lot to Sanford Field House for a kickoff keynote performance, compliments of legendary funk band Earth, Wind & Fire. Verdine White, Ralph Johnson, Philip Bailey, and their crew — strutting, dancing, and strumming — shook the steel rafters with intense baselines and percussion. They took Colgate Faithful back to the days when greats like The Doors, Springsteen, Billy Joel, Bob Marley, and The Clash rocked campus. “Do you remember … ?”

Colgate has remarkable stories to tell. The depth of its history is both exciting and surprising, born from a Baptist tradition that says anyone can be a student. ‘We will educate you if you are willing to come and be educated,’ Petrulis said.

Marking the Path of Duty

On Sunday, the university offered a preview of Path of Duty, a new film that examines the lives of three African American alumni, including Class of 1902 member and Morehouse College President Samuel H. Archer.

Filmmakers Zeron Turlington and Nicole Watson joined Vaughn Carney ’68 and Diane Ciccone ’74, P’10, who inspired the work, to discuss their motivations in making the film. They cited a lack of representation of African American students in Colgate’s 200-year story and their hopes to participate in offering a more complete history of Colgate moving forward.

According to Ciccone, the project reaffirms the long tradition of excellence and high achievement from black students. “I think it is important for the university to acknowledge, embrace, and understand the struggles [of early African American students],” she said.

A display of energy, scale, and ambition

Professors Jane Lagoudis Pinchin and Harsin appeared with Provost and Dean of the Faculty Tracey Hucks ’87, MA’90 to discuss the impact of female students and faculty on Colgate, post-1970. At a special Shabbat service and dinner, student co-authors spoke about their experience writing Repression, Re-invention, & Rugelach: A History of Jews at Colgate. During breakfast on Saturday, President Casey addressed members of the Parents’ Steering Committee and the Alumni Council on Colgate’s mission to educate future leaders.

It was a celebration held by a university of scale, distinction, ambition, and achievement — full of energy and endeavor. The festivities continue throughout the 2018–2019 academic year, traveling to cities around the world and linking the Colgate community online via the Bicentennial website at 200.colgate.edu.