Women on the faculty and administration Part 3: Tracey E. Hucks

Tracey E. Hucks ’87, MA’90, appointed provost and dean of the faculty in 2017, reminisces about her formative and intellectual awakening inspired by the women on the faculty at Colgate. This essay is an adaptation of her portion of the “Enter Women” Bicentennial celebration seminar, which she presented with Jane Pinchin (Thomas A Bartlett Professor of English, emerita; interim president 2001–2002) and Jill Harsin (professor of history and former interim president 2015–16). 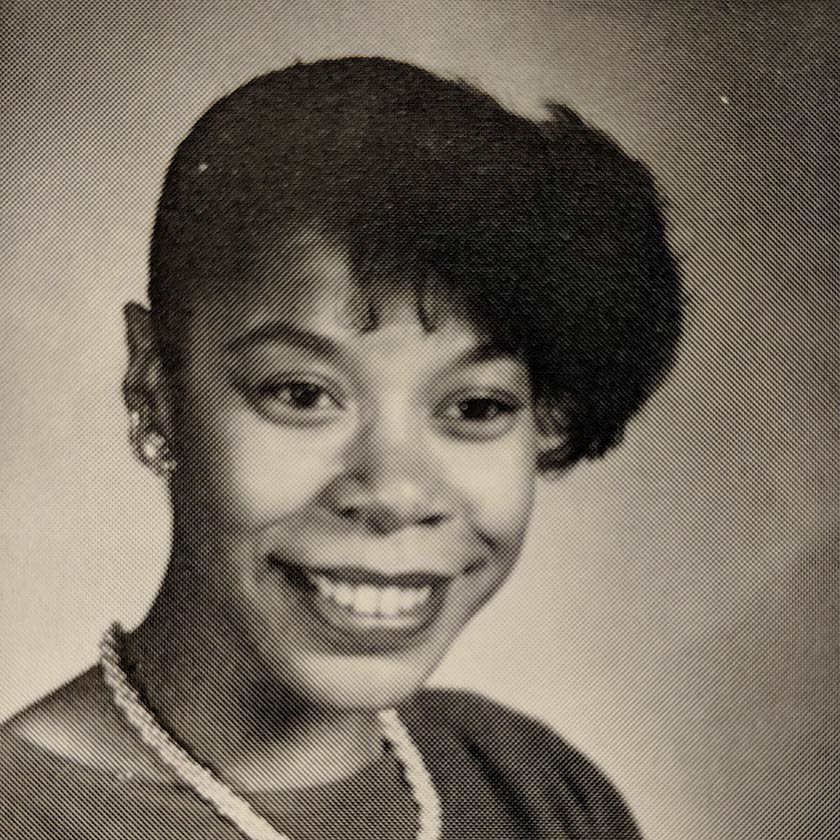 I want you to journey back with me as a student.

In the fall of 1983, I entered Colgate as a first-year student when a consciousness was also starting to rise on this campus among women and within the academic curriculum, where I found women on the faculty who were foundational to a new academic initiative that would evolve into the Women’s Studies Program.

A significant part of my student residential life at Colgate was living on Broad Street in Bolton House, a special interest house committed to programing around the lives and study of women and where this living environment intersected the academic learning environment of gender in the classroom.

During those formative and foundational intellectual years of my life, I could not have imagined the profound impact the women who entered the Colgate faculty would have upon me or the cumulative effect of having Margaret Darby, twice, as my writing and rhetoric professor; Jane Pinchin as my FSEM professor and freshman adviser; Wanda Warren Berry in my undergraduate philosophy and religion major department; visiting professor Mary Hunt, the distinguished lesbian feminist theologian and co-founder of the Women’s Alliance for Theology, Ethics, and Ritual in Washington D.C.; along with Marilyn Thie, Anne Ashbaugh, and JoAnne Pagano — that this would mean that I would have no choice but to live into this rich intellectual and academic legacy of these forerunners at Colgate who had the courage, in the words of Helen Reddy, to proclaim — I Am Woman.

And this was important for my own journey as someone who was born and raised in Harlem, N.Y., being taught by former Civil Rights and Black nationalist supporters who embedded in me a deep pride for being black, for being African American. So, to have this cultural pride dynamic intersect an expanded gendered self-understanding was hugely impactful and transformative for me.

For example, as a student at Colgate, I learned and began to live into what it meant to be a womanist. In a course with Wanda Warren Berry, I first encountered the works of black women forging a national U.S. movement of what they called Womanism. In 1983, essayist and novelist Alice Walker published her In Search of Our Mother’s Gardens: Womanist Prose, a collection of 36 essays that opened with a dictionary-style page defining in four parts what it meant to be a womanist — to be both black and a feminist. According to Walker’s text, she defined Womanist in the following ways: 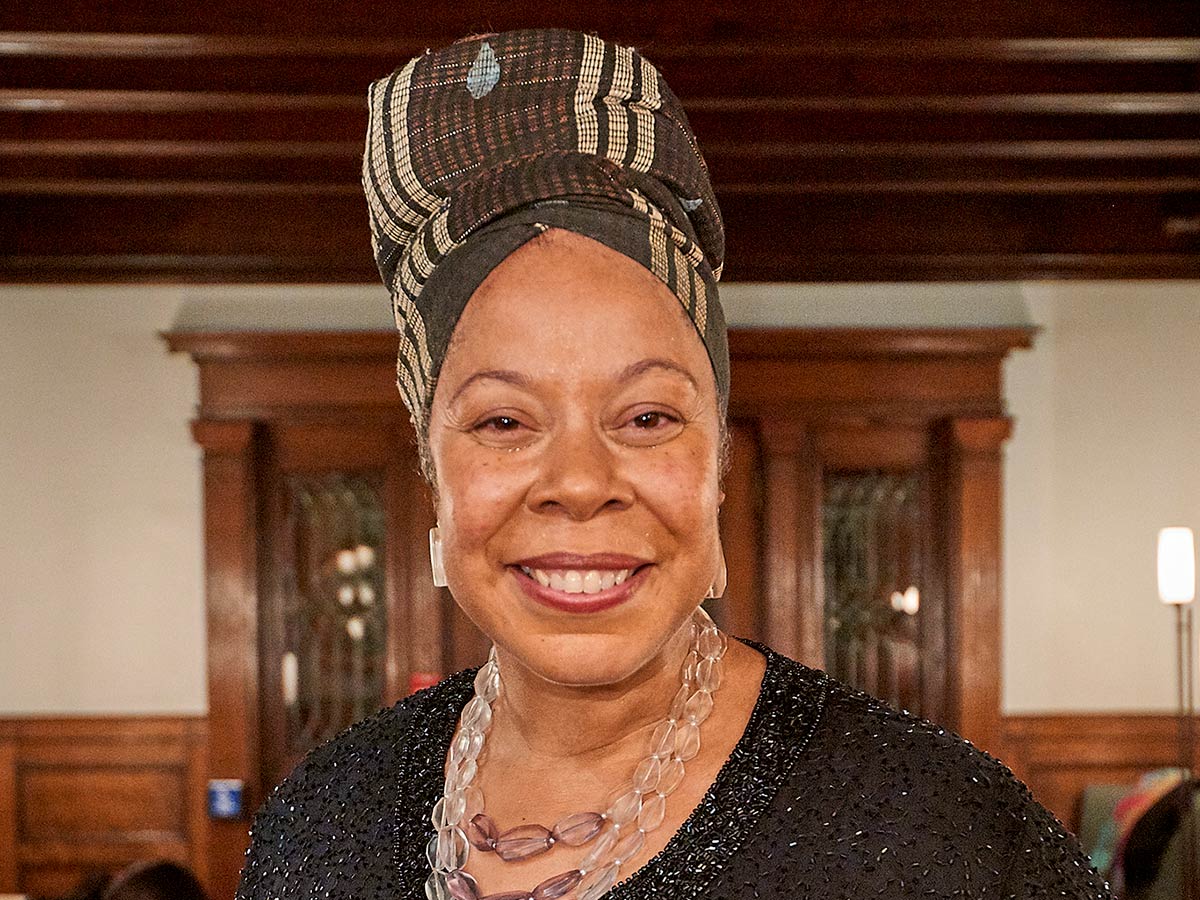 From my own budding womanist perspective, I was able to excitedly and connectively enter into the many literary worlds introduced to me in my freshman seminar by Jane Pinchin. You have not read Charlotte Brontë’s 1847 novel Jane Eyre until you have done so with Jane Pinchin. In a classroom in Lawrence Hall, Jane Pinchin made Thornfield Hall come alive, and her very voice provided the necessary ingredient to enliven and enrich the learning moment.

An author once said that Jane Eyre was a “portrayal of women’s quest for self-respect.” Symbolically, this is what Jane Pinchin was doing in the aggregate for Colgate as a campus. She was making women’s voices in the institution and in the academic curriculum assume their rightful place, a position of self-respect. Yet, with Jane’s soothing and calming demeanor, cordial manner, and melodic voice, she was also a fiery revolutionary and intellectual insurgent every time she had women read Virginia Woolf’s A Room of One’s Own, where through these pages, she summoned Woolf to speak boldly to us, stating, “So long as you write what you wish to write, that is all that matters; and whether it matters for ages or only for hours, nobody can say. But to sacrifice a hair of the head of your vision, a shade of its colour, in deference to some Headmaster with a silver pot in his hand or to some professor with a measuring-rod up his sleeve, is the most abject treachery, and the sacrifice of wealth and chastity which used to be said to be the greatest of human disasters, a mere flea-bite in comparison.”

And from these readings, at the end of each semester in Jane’s classes, we were given our final marching orders to never forget two things from reading Virginia Woolf:

My belief is that if we live another century or so… and have five hundred a year each of us and rooms of our own; if we have the habit of freedom and the courage to write exactly what we think; if we escape a little from the common sitting-room and see human beings not always in their relation to each other but in relation to reality; and the sky, too, and the trees or whatever it may be in themselves; . . . if we face the fact, for it is a fact, that there is no arm to cling to, but that we go alone and that our relation is to the world of reality and not only to the world of men and women, then the opportunity will come and the dead poet who was Shakespeare's sister will put on the body which she has so often laid down.

And, the enduring mantra that Jane gave us from Virginia Woolf, and that I carry with me even today, is simply:

“There is no gate, no lock, no bolt that you can set upon the freedom of my mind.”

For me to enter into Colgate as a young African American woman in the Fall of 1983 and to find no African American women on the faculty — not even until I graduated — yet at that time to find women like Jane Pinchin, and my other professors Margaret Darby, Mary Hunt, Anne Ashbaugh, Wanda Warren Berry, Marilyn Thie, JoAnne Pagano, and I symbolically include Margaret Maurer, Lynn Staley, and Jill Harsin in this group, was for me finding Alice Walker’s Lavender Women, women who dared traverse across the racial divide to impact the lives of all of their women’s students and empower them to blend the lavender of feminism with the purple of womanism, allowing the bonds of womanhood to unite us into an intellectual, emboldening, and powerful solidarity.

At this historical time of the Bicentennial, it is only fitting and necessary that we remember and honor all the women who have contributed their creative genius and gifts to this place that we call Colgate University.

—Hucks, a nationally regarded scholar of American religious history and Africana studies, returned to her alma mater in 2017 as provost and dean of the faculty. She is the author of Yoruba Traditions and African American Religious Nationalism; Religious Vocabularies of Africa: Obeah, Orisa, and Identity in Trinidad; and nearly 20 published articles. As an undergraduate at Colgate, Hucks was awarded a George W. Cobb ’94 fellowship and inducted into the Konosioni Senior Honor Society. 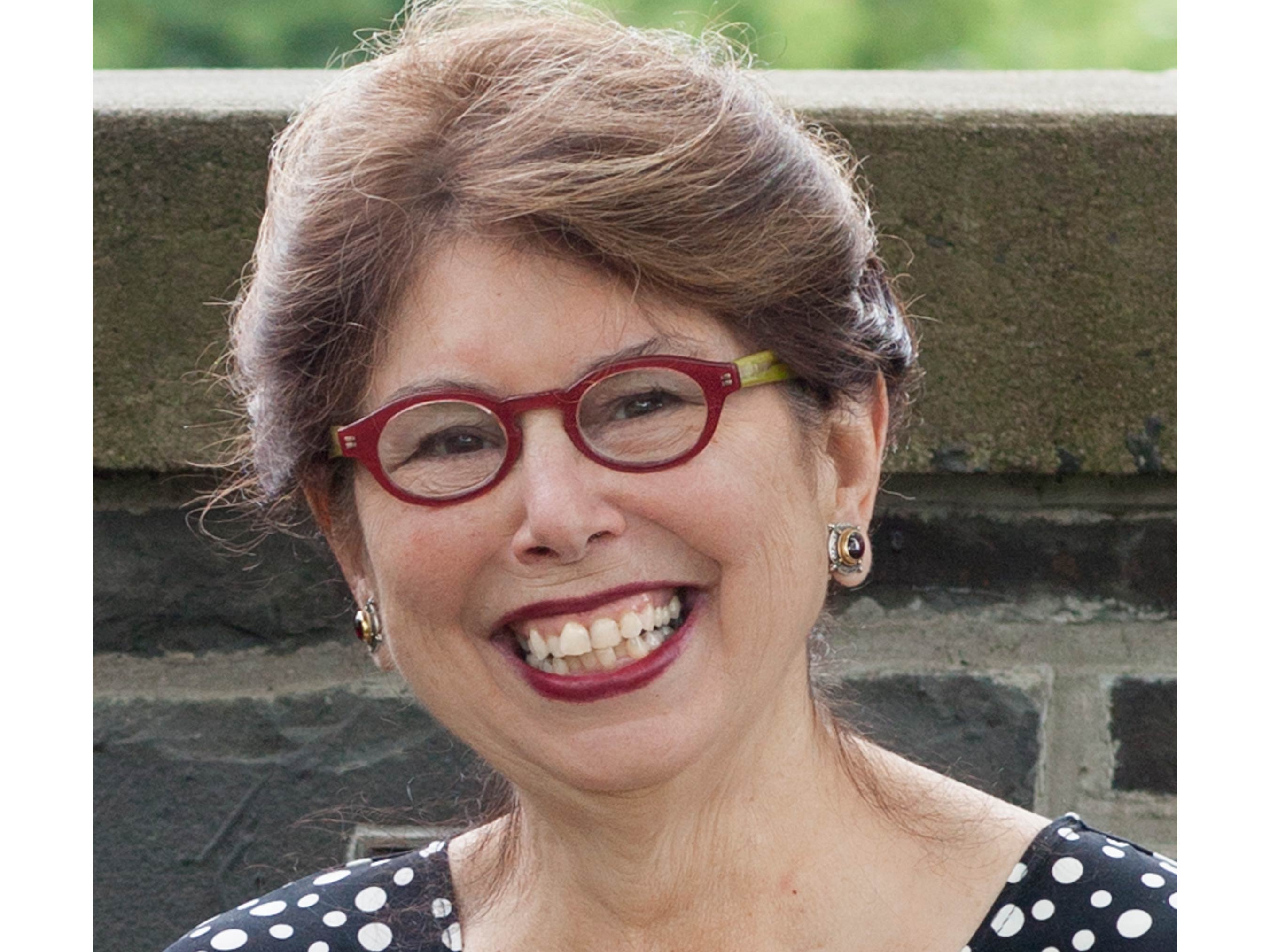 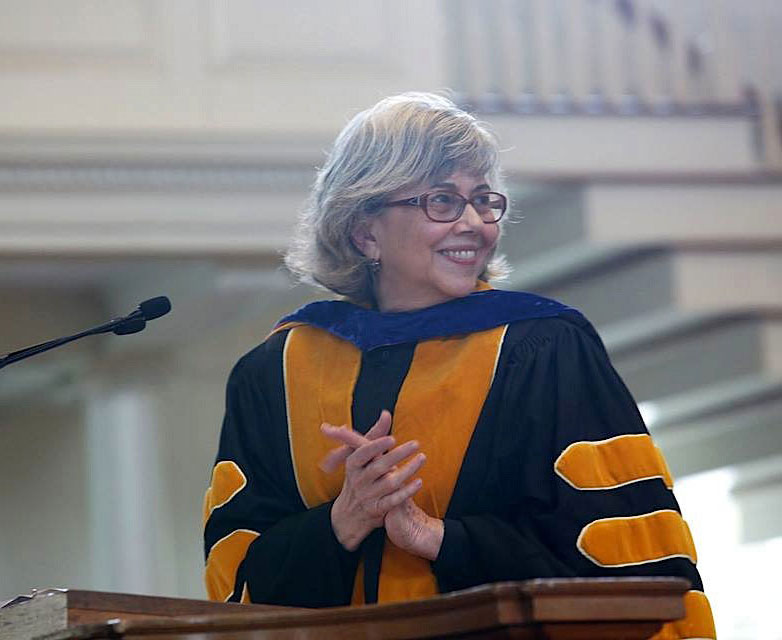