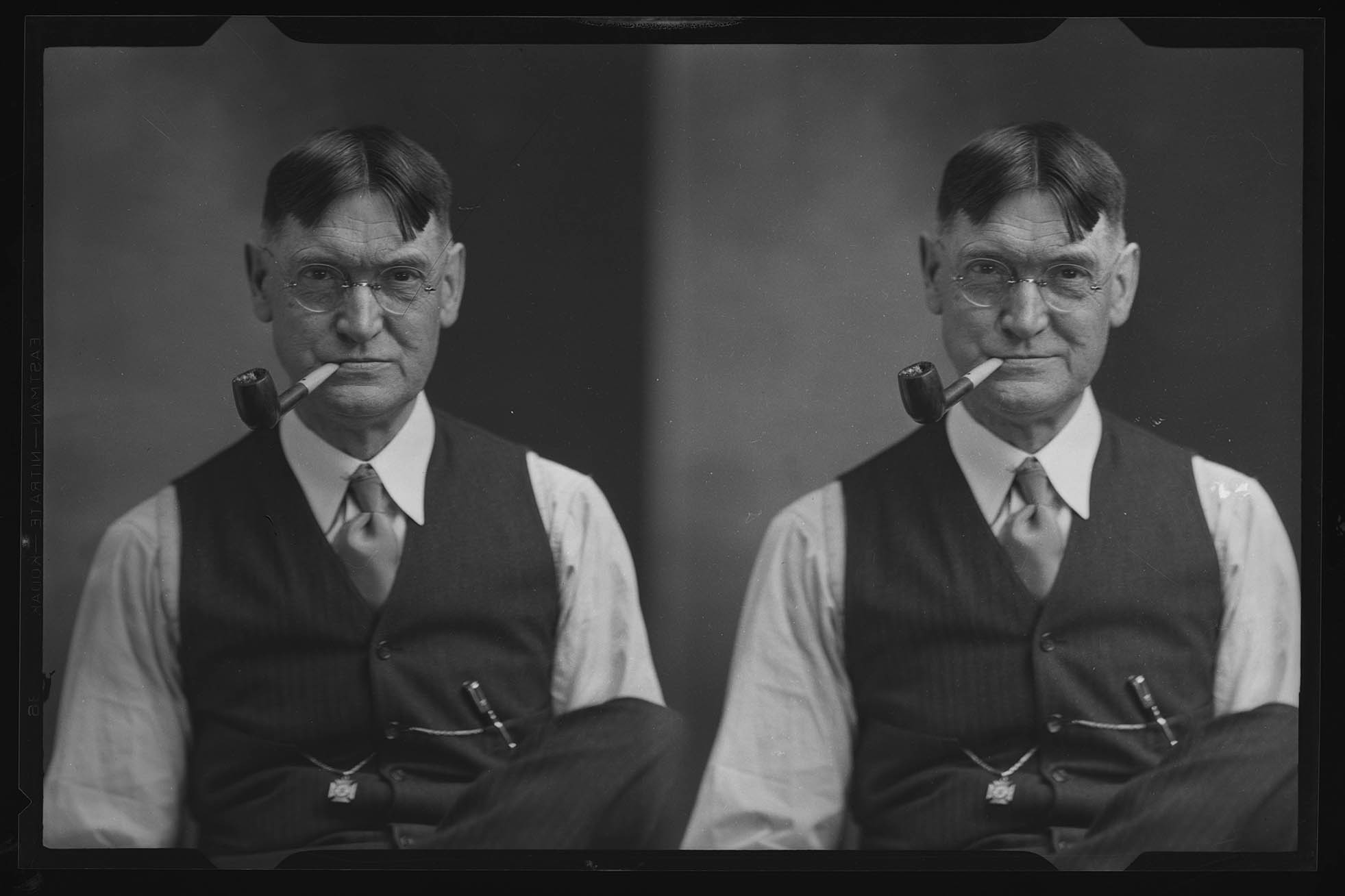 Born on August 6, 1875, in Weedsport, Cayuga County, N.Y., Edward Harris Stone arrived in the village of Hamilton in 1884 when his father took a job as steward of the Colgate Academy. Edward completed his studies at the academy himself, but chose not to pursue a college education. Instead, he worked as a clerk in Root’s drugstore (at the corner of Broad and Lebanon streets) while pursuing his consuming passion: photography. A Hamilton Republican reporter noted in 1940: “A familiar sight on the streets of Hamilton some 45 years ago was a tall gangly lad on a bicycle loaded down with a cumbersome tripod and a heavy square box strapped over his shoulder.”1

A familiar sight on the streets of Hamilton some 45 years ago was a tall gangly lad on a bicycle loaded down with a cumbersome tripod and a heavy square box strapped over his shoulder. 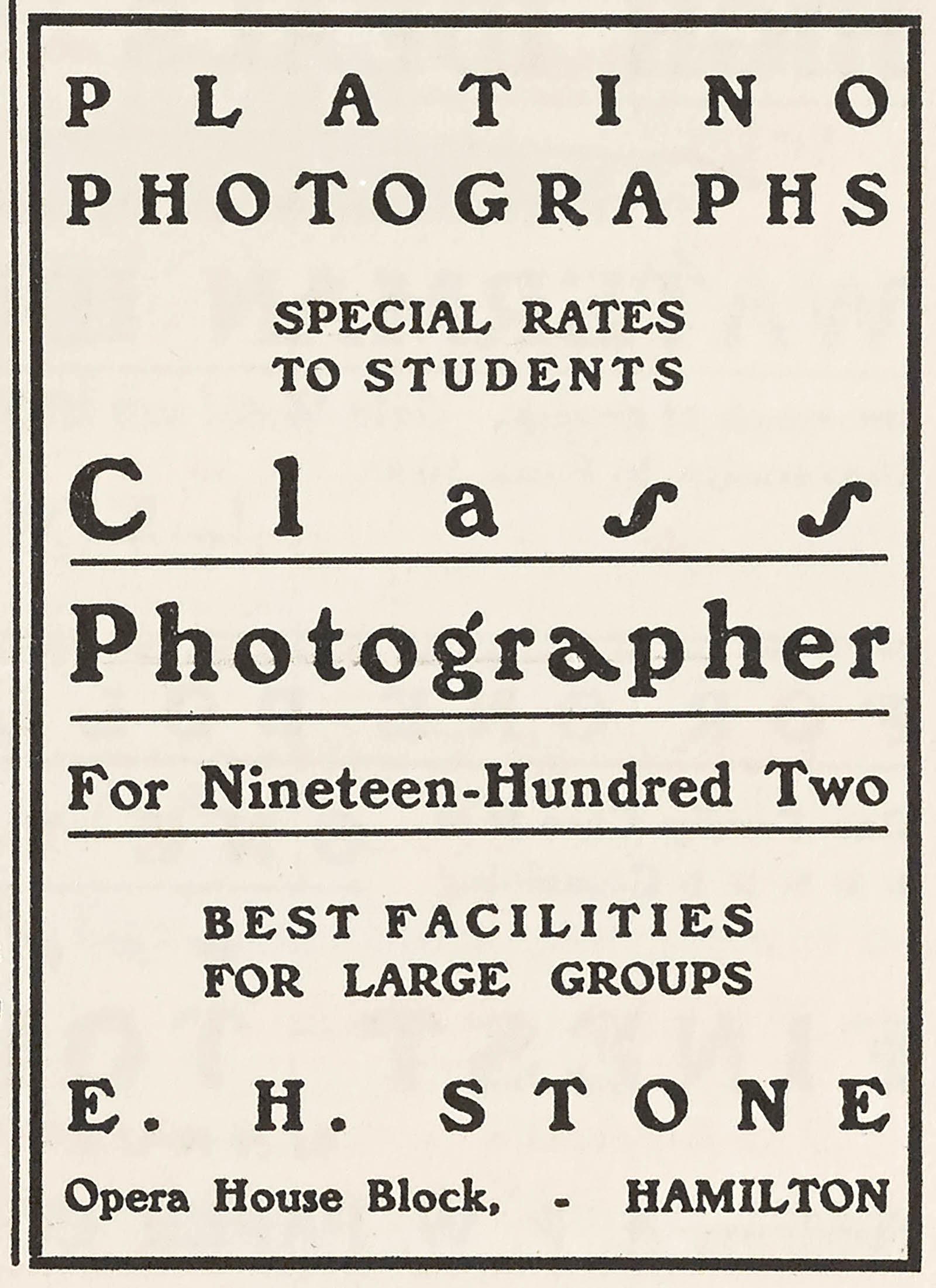 In early 1900, Stone opened a professional photography studio on the third floor of the Sheldon Opera House. He quickly began making a living producing commissioned studio portraits for local town and business people and for the growing Colgate University. Indeed, by 1902, he was listed as the official class photographer for the University in a Salmagundi advertisement.2

Edward Stone’s career spanned 50 years and innumerable changes in technology, culture, and everyday, small-town life. He — and his camera — witnessed: the post-fire building boom in the village; the installation of electricity as glass bulbs were strung overhead on public streets; and the rise of the railroad and its subsequent decline with the growing popularity of the automobile (he himself was particularly fond of Buicks). He documented central New York foodways, from filling the silos at Betts’ farm to workers at Lee’s Canning Company to the Hamilton milk station and village storefronts full of early 20th-century produce.

He photographed numerous iconic campus buildings as they were constructed, renovated, and sometimes demolished, including Memorial Chapel, Lathrop Hall, Huntington Gymnasium, and Eaton Hall. He recorded the first delicate rows of Russian willow saplings along the Willow Path and many subsequent replantings. He captured images of soldiers training on Whitnall Field during both World Wars.

The editors of the 1951 Salmagundi, which was dedicated to “Ed,” spoke fondly of a relationship that had lasted 50 years. “You have been a friend to Salmagundi staffs ever since you opened your studio for business in 1900. Your loyalty and desire to serve our continual whims is by far, no mean accomplishment.” 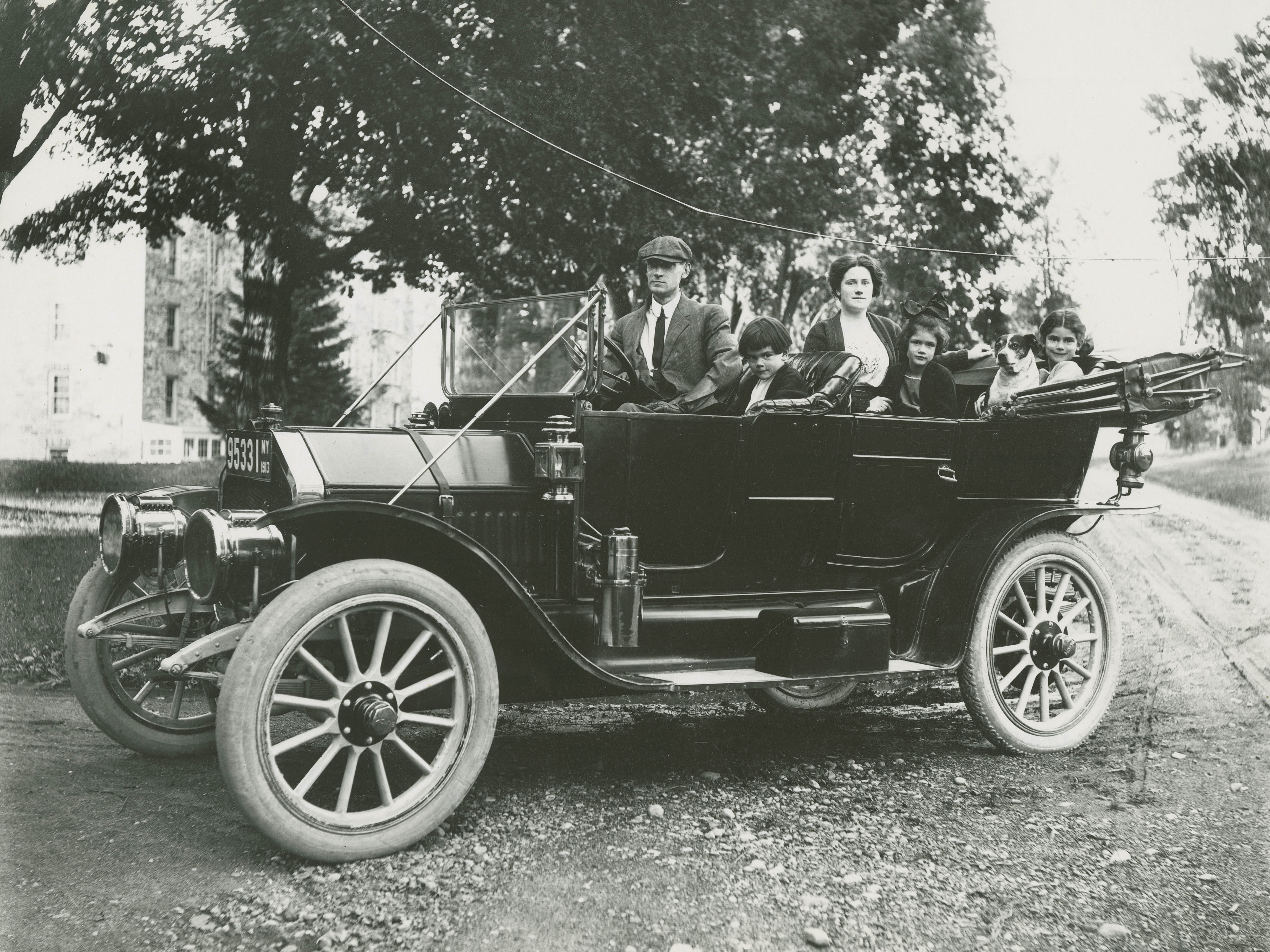 Beyond his work as a photographer, Edward Stone was also an active community leader and a doting family man. He was the director of the National Hamilton Bank for six years, a member of the Hamilton Central School Board (1909–1939, 1942–1944) and its president (1929–1939), a Hamilton village trustee, and a trustee of the First Baptist Church.3,4

Edward married Edwina Benedict (1879–1909) in 1902, and the couple had three children: Frances, Della, and Frank. Edwina died shortly after their son was born in 1909, presumably from complications related to childbirth. Family lore reveals that although Edward had been an accomplished musician, he gave up music after Edwina’s death.

In 1910, Edward married Rena Woodman (1893–1926), who stepped into the young family and raised the children from his previous marriage. Rena and Edward added one more son, Arnold, in 1920. Many members of the Stone family, their ancestors, and descendants, are buried in the Woodlawn Cemetery in Hamilton.

After Stone’s death in 1958, the professional archive representing his life’s work was purchased by grateful Colgate alumni and given to the library. A Colgate Maroon article from 1959 notes that the purchase included more than 28,000 negatives.5

In an effort to preserve and promote access to this unique collection as part of the Bicentennial celebration, the Colgate Special Collections and University Archives began processing, rehousing, and digitizing the negatives in fall 2016. Selected images from the collection are now accessible online at https://digitalcollections.colgate.edu/

A photography exhibition, “Glass, Silver, and Memory: Images of community by Edward H. Stone,” is on display in Case Library and Geyer Center for Information Technology during the 2018/2019 academic year. In addition, the librarian duo who curated the exhibit is offering a Lifelong Learning program exploring Stone’s life and works on March 12, 2019. 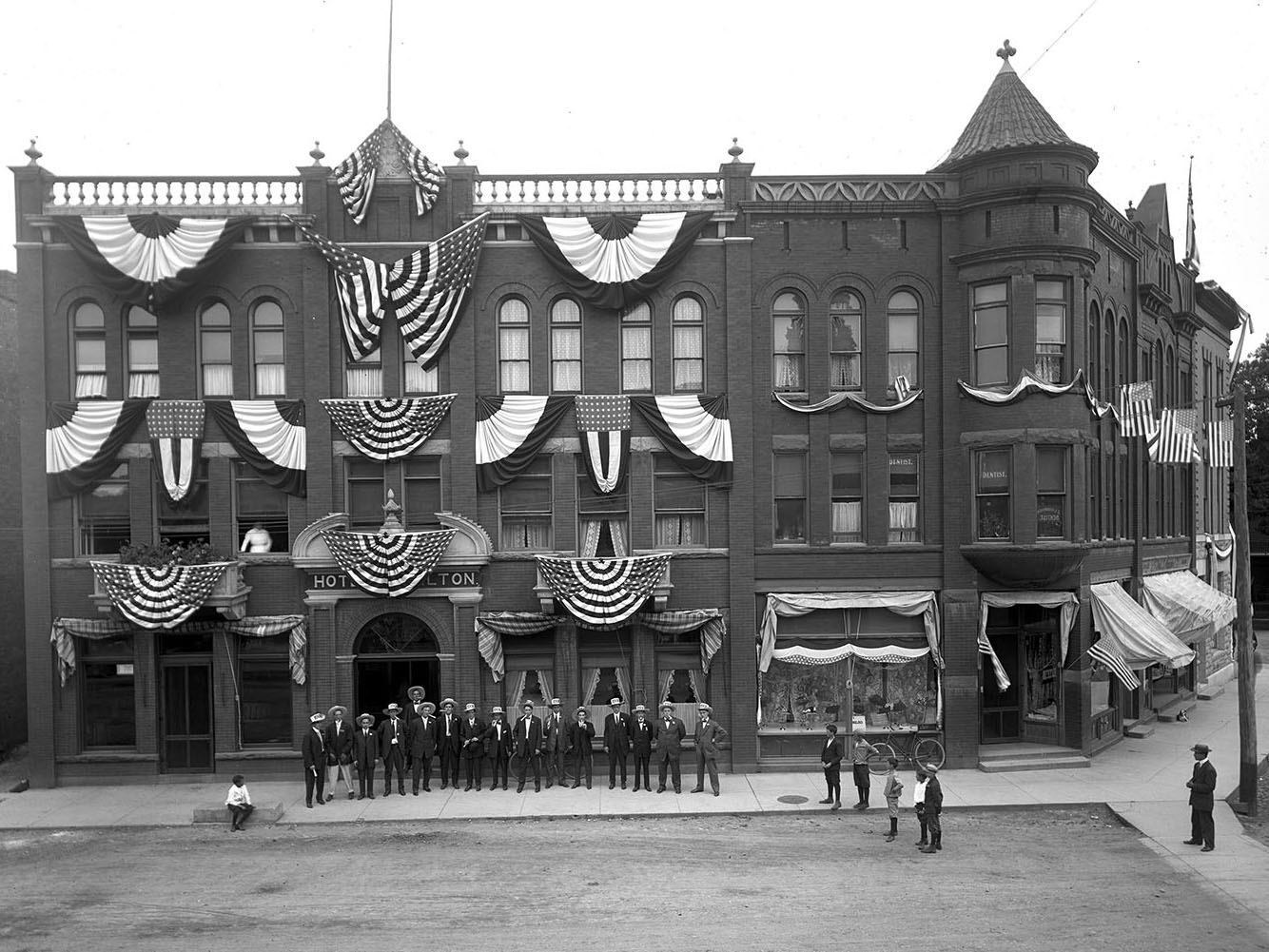 Hotel Hamilton decorated for the visit of Charles Evans Hughes 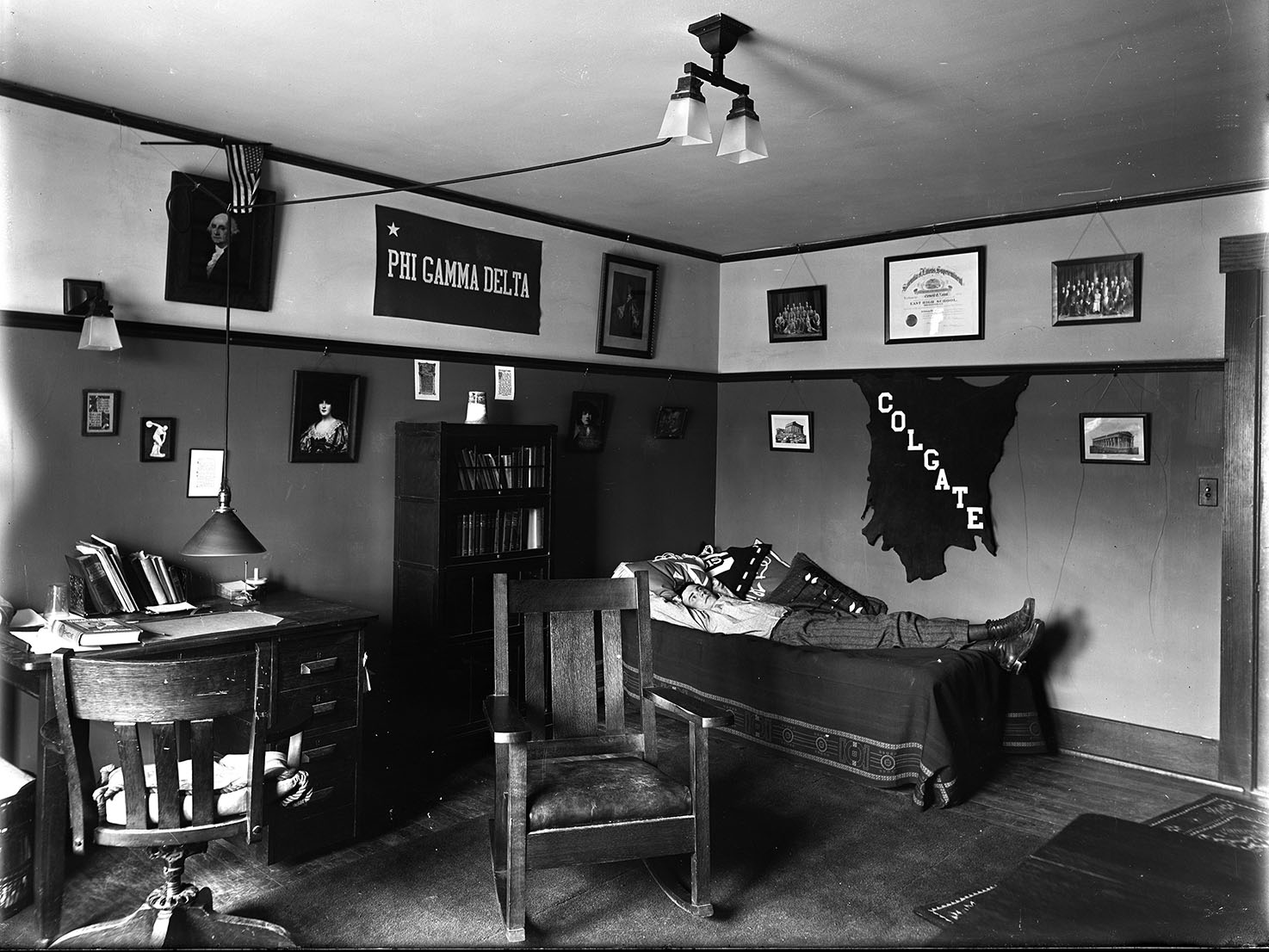 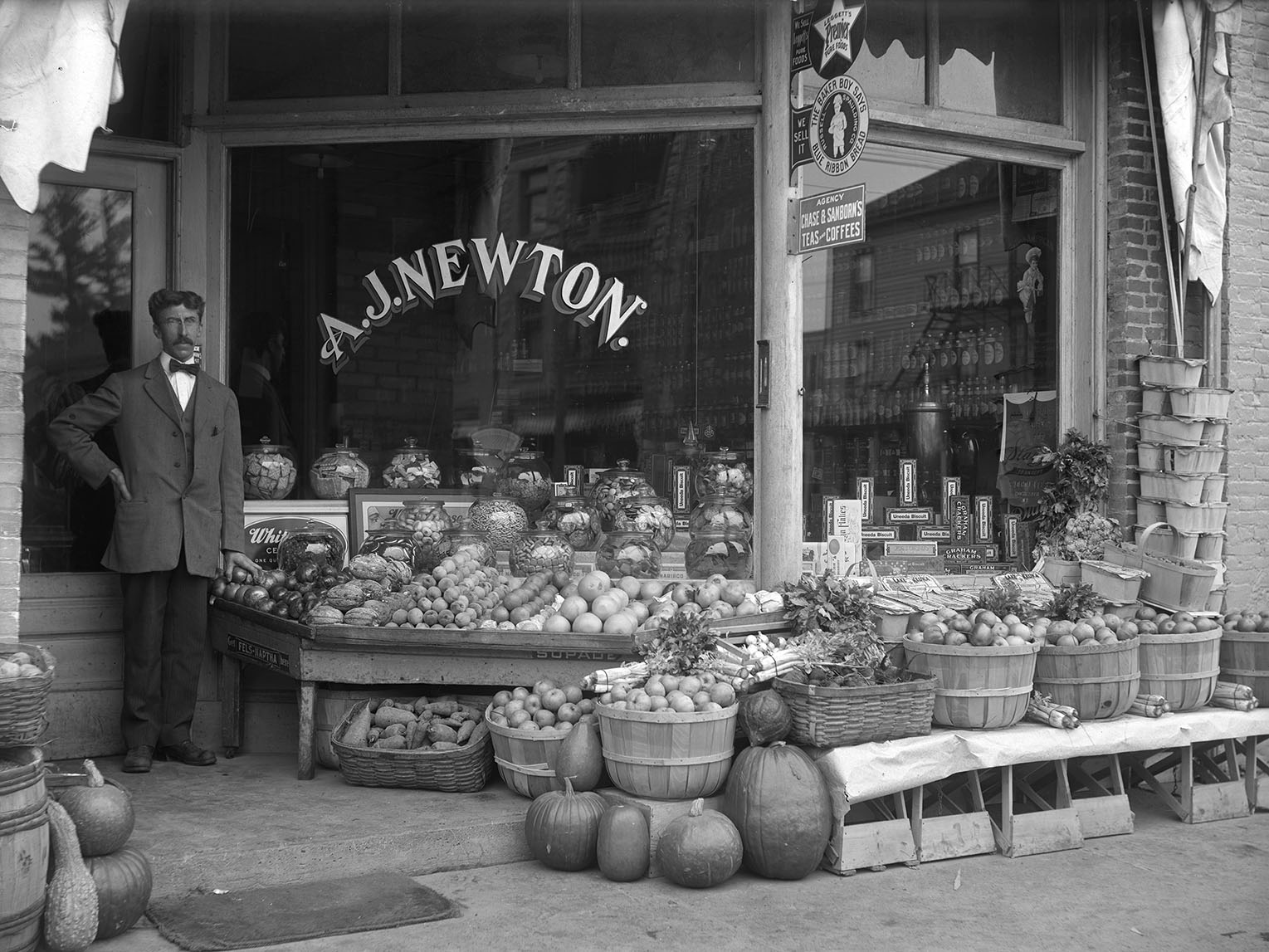 A.J. Newton outside his grocery in the Odd Fellows building on Lebanon Street 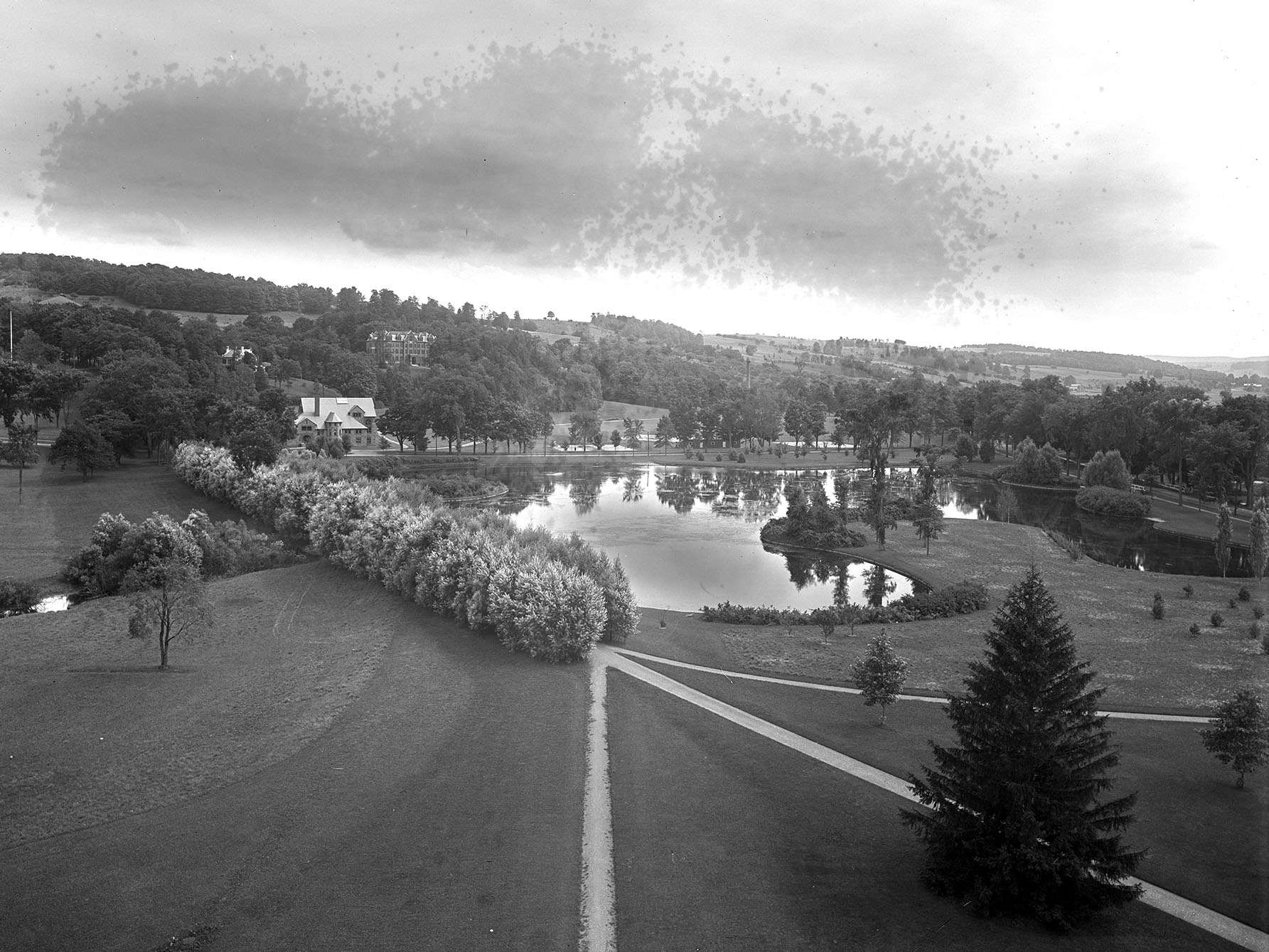 Iconic aerial view of Taylor Lake and the Willow Path 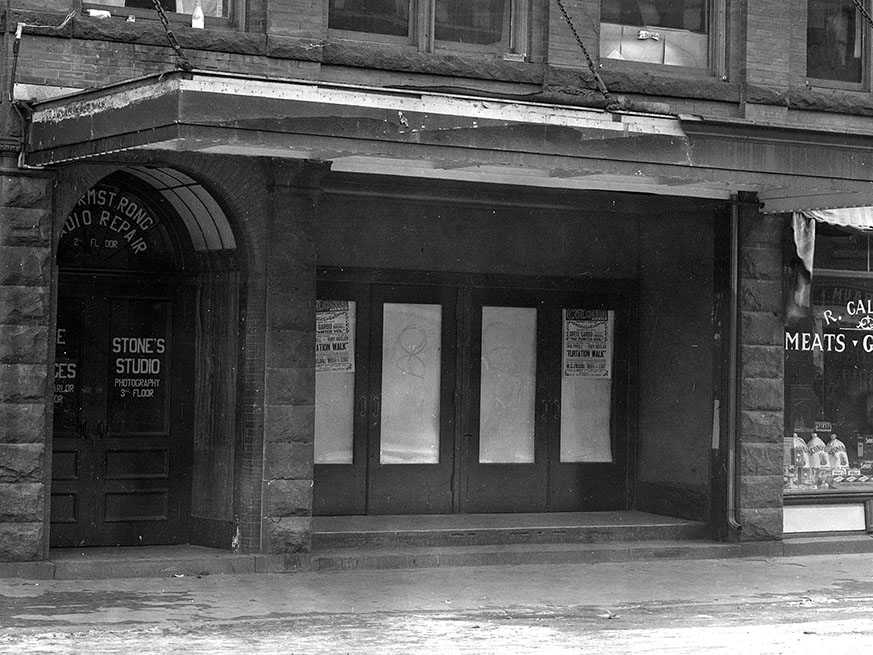 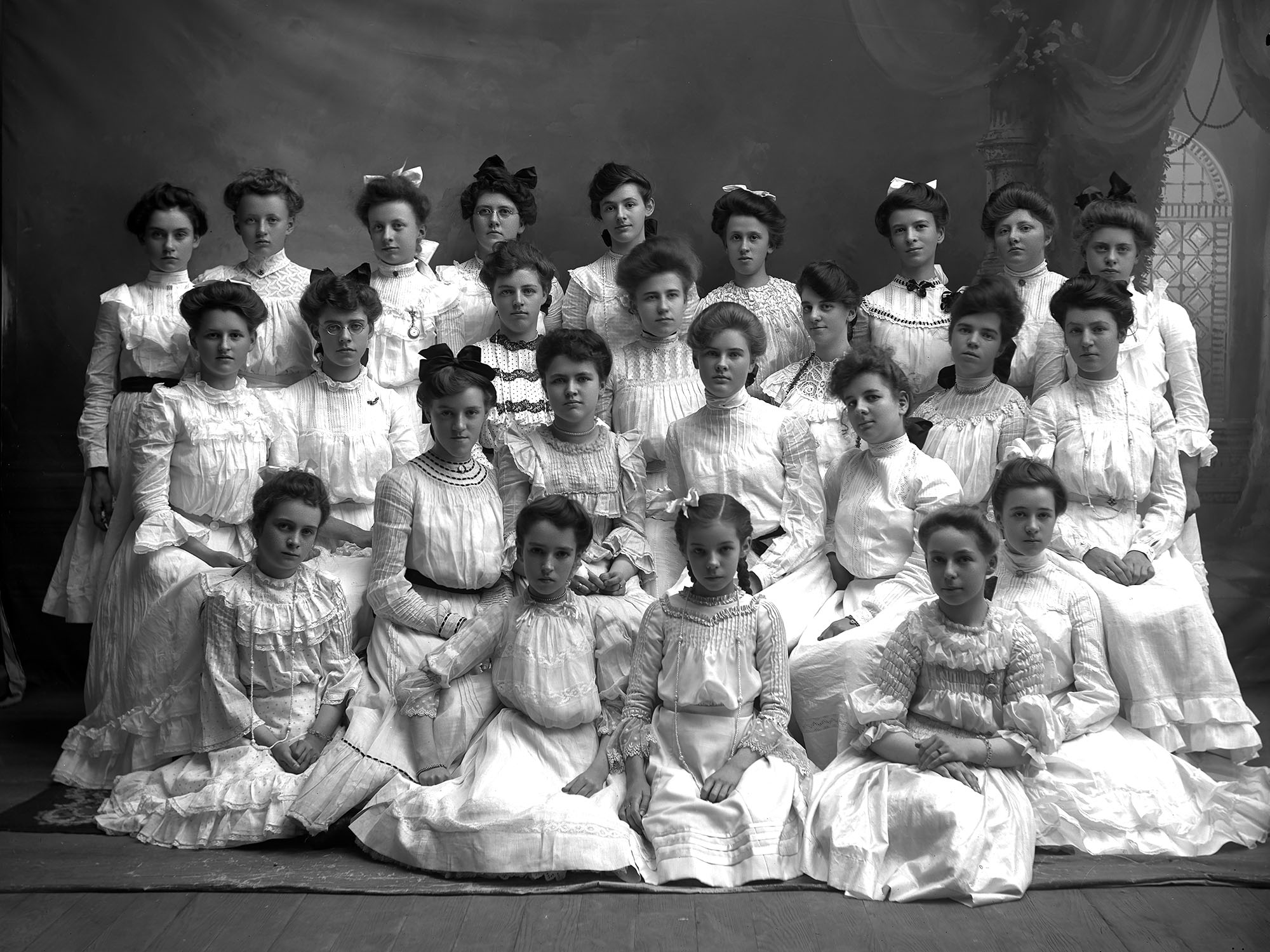 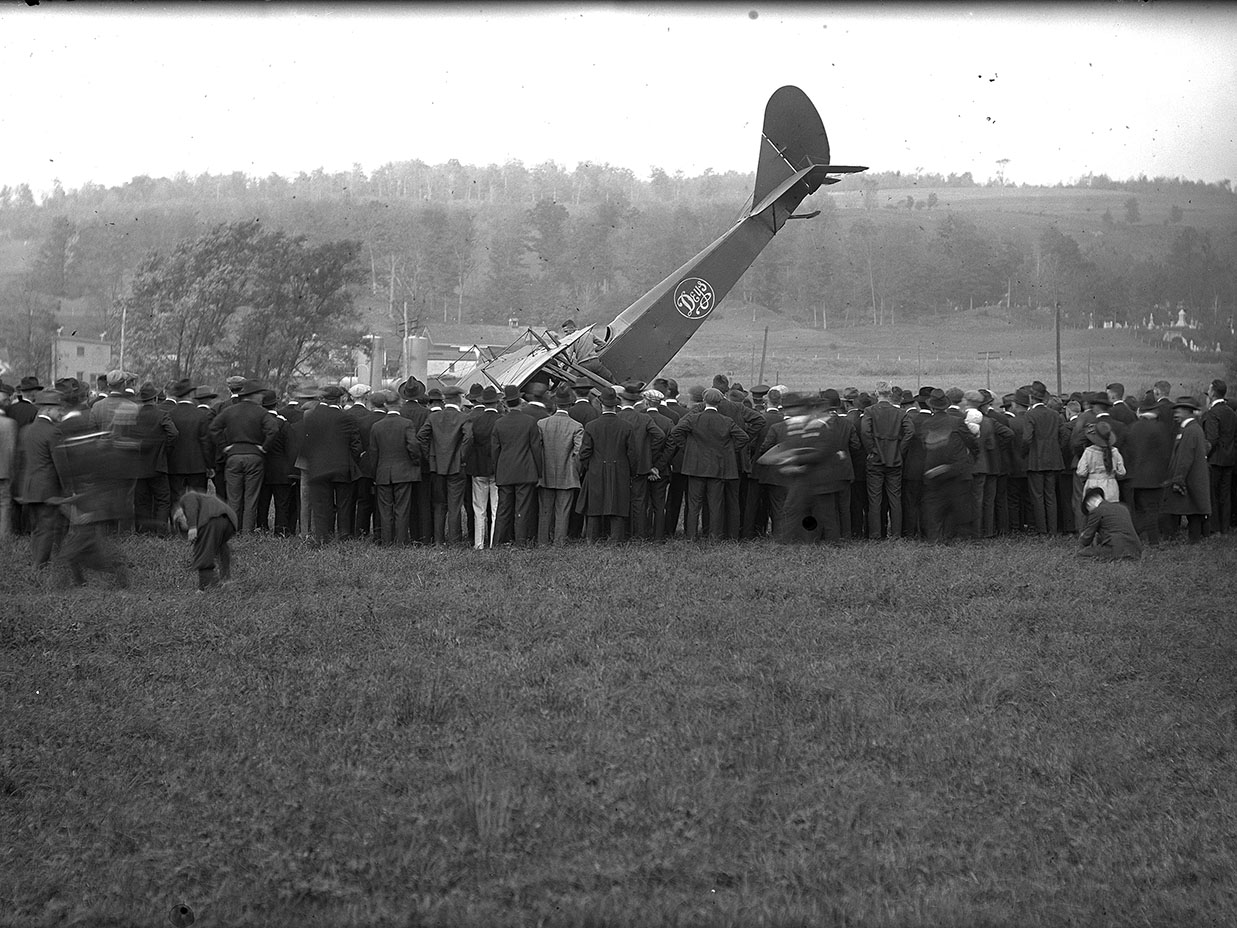 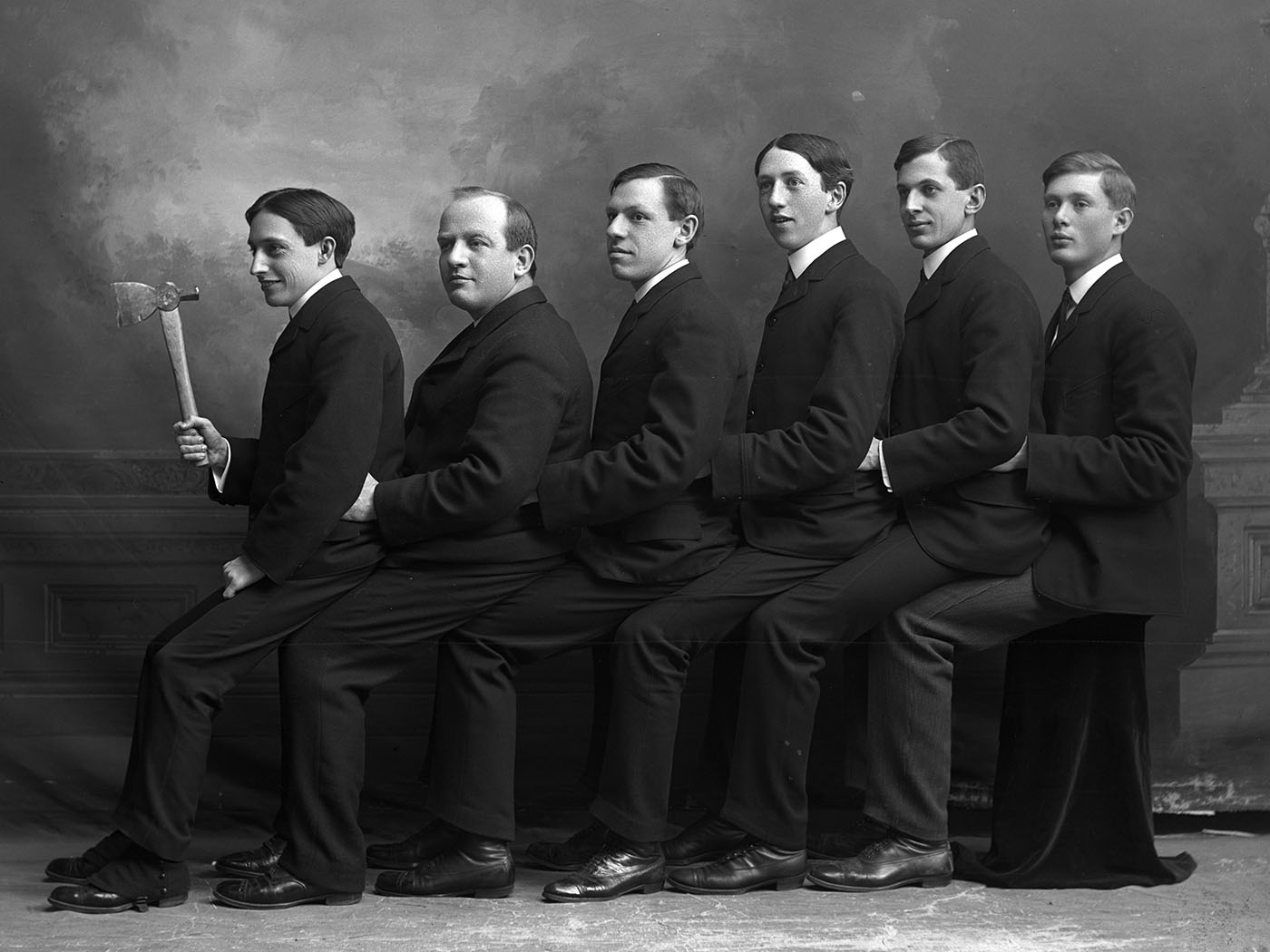 Board of the Salmagundi 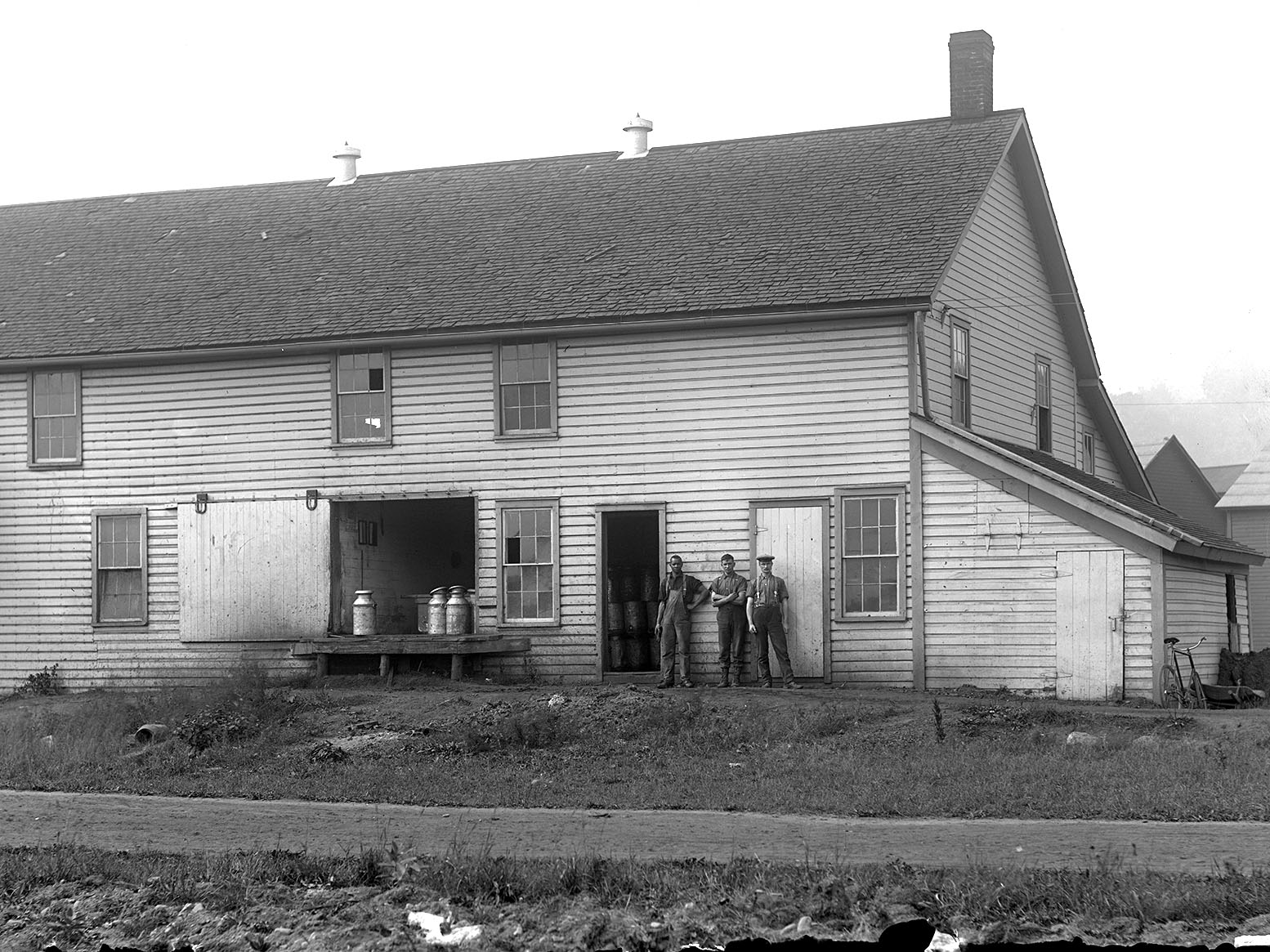 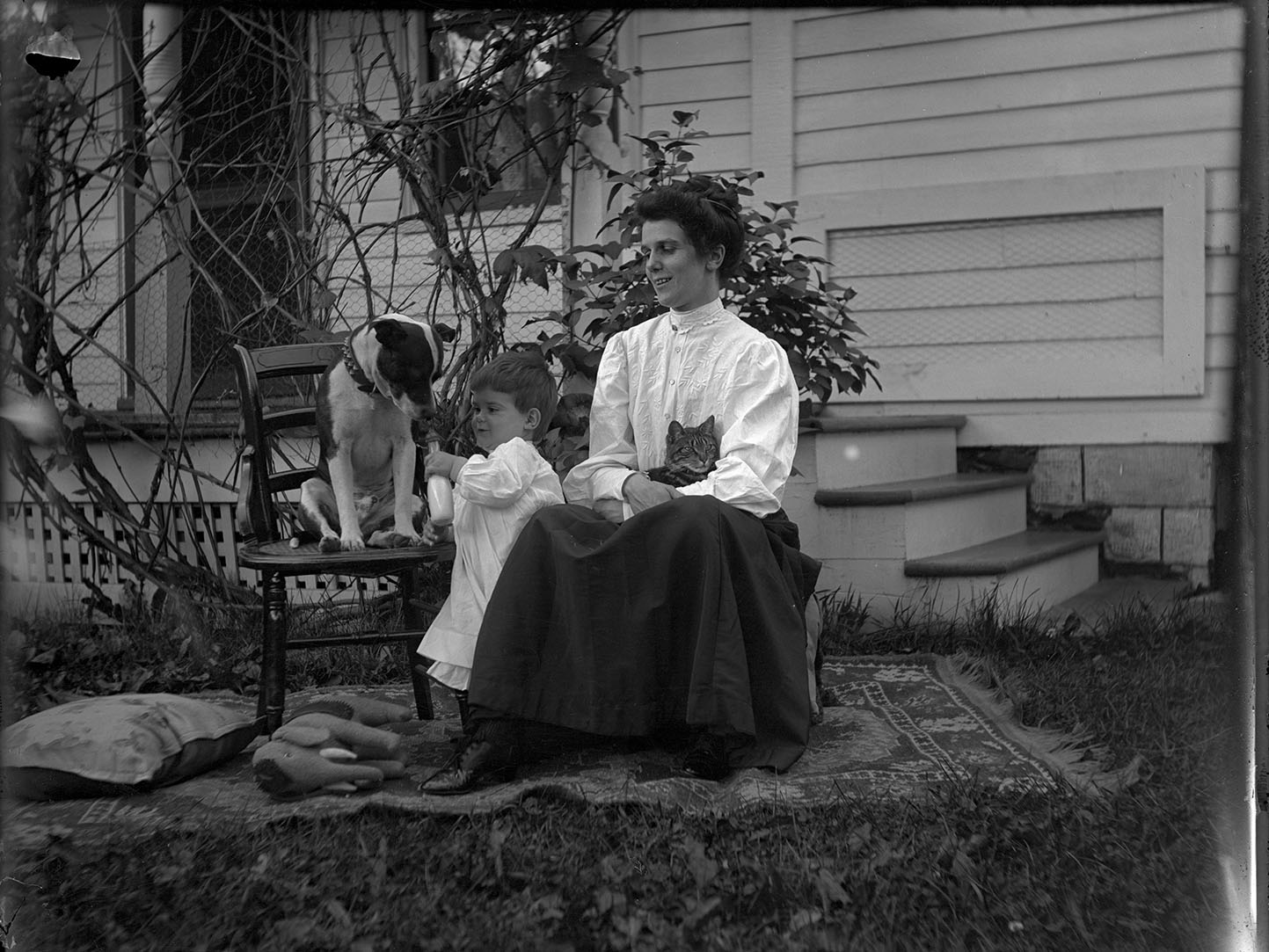 Special thanks to Emily Hutton-Hughes for generous research assistance on this article. 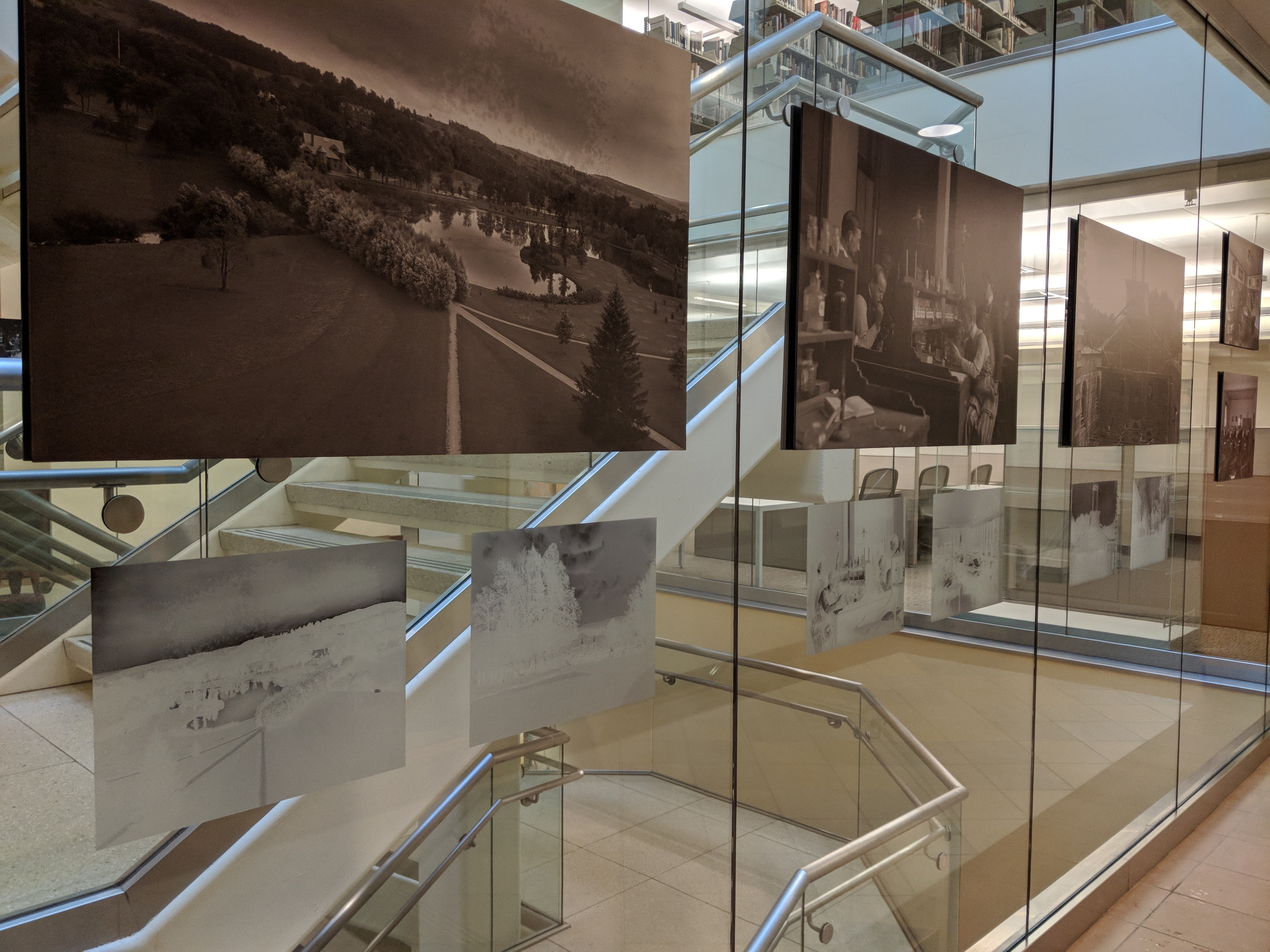 Chat with curators about the photography exhibit, Glass, Silver, and Memory 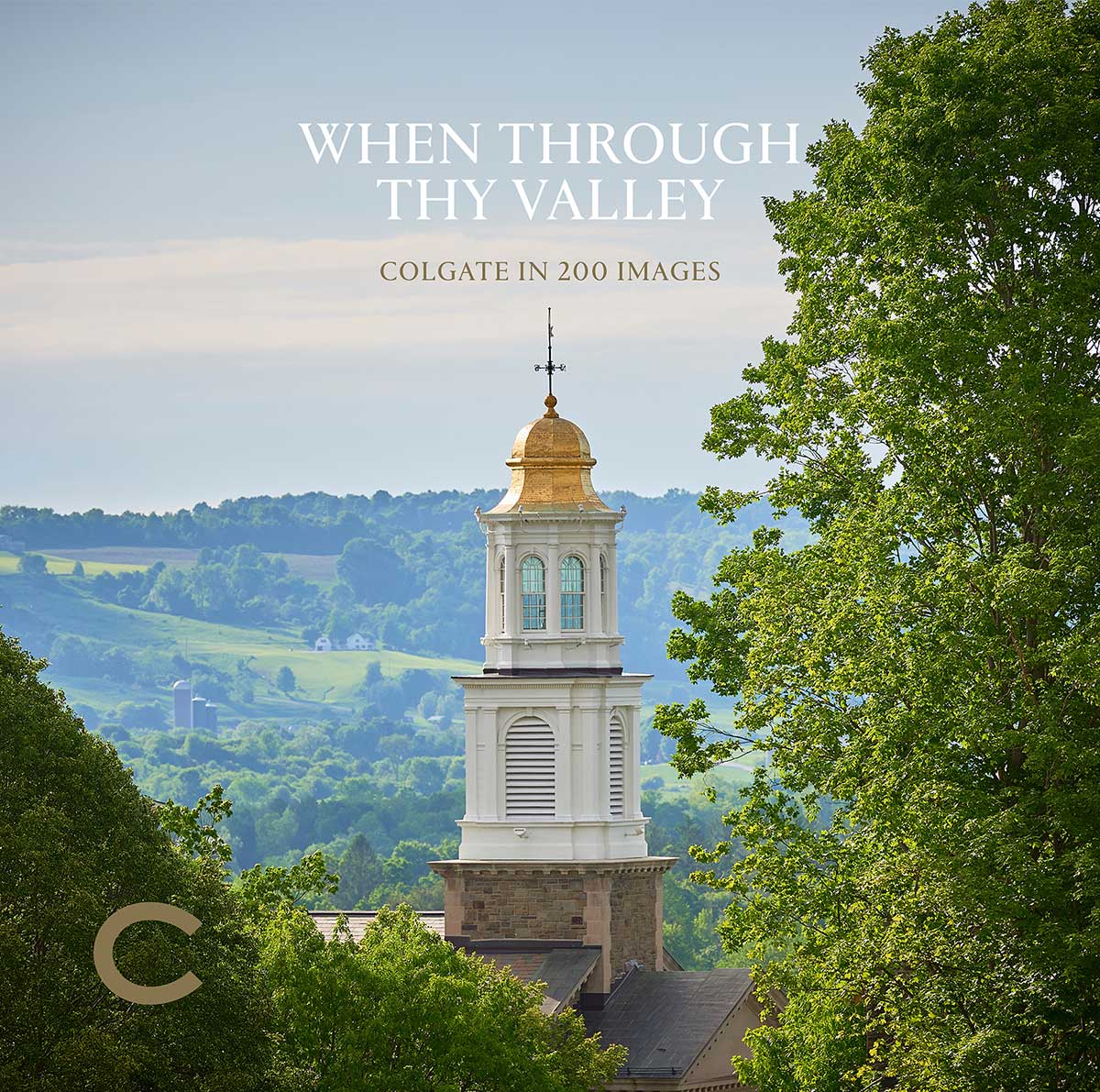 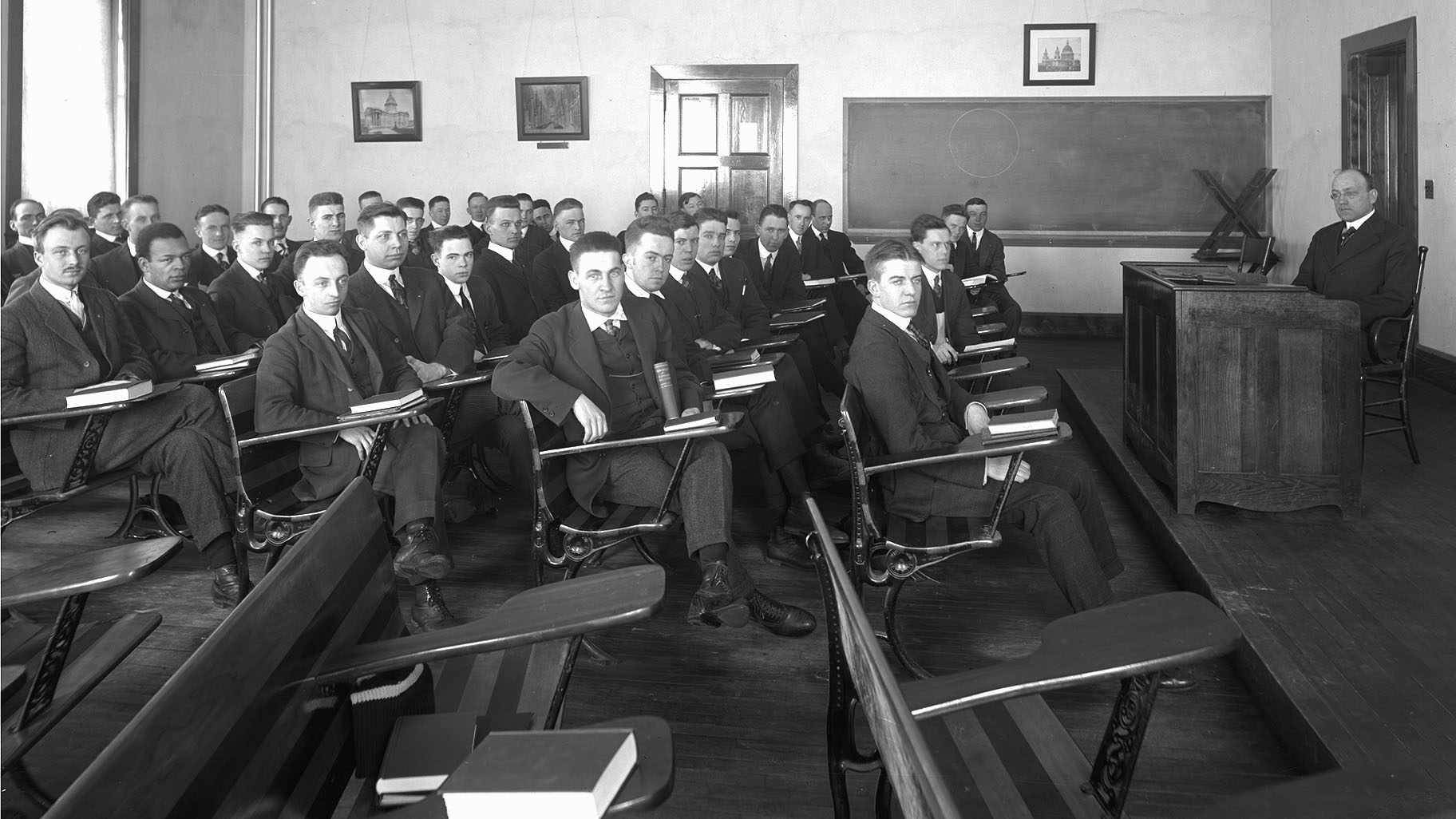