Colgate, as it nears its Bicentennial, has emerged as both a distinctive and strong national institution. It has, through the decades, seen remarkable changes and developments that have contributed to its unique form and character. To contemplate the future, it is wise, first, to consider this history and the ways in which these unique characteristics of Colgate emerged.

Some of these changes and developments seen at Colgate were part of large, important national trends. First, as was seen at many colleges and universities in the mid- to late 20th century, Colgate adopted coeducation in the early 1970s. Further, as was the case with many leading institutions in the nation during the late 20th century, Colgate diversified both its faculty and student body, leading to an enriched campus culture. Colgate changed, thus, in much the same ways as many elite, private colleges and universities.

A number of other decisions, however, made by the faculty and board during this same period, produced unique characteristics for Colgate.

First, Colgate, following its decision to admit women, significantly grew its student and faculty populations, emerging as one of the largest institutions among liberal arts colleges. Currently, with a student body just under 3,000, Colgate has a scale of activities — as seen in the size of its faculty and number of academic and nonacademic programs — that is unusual among national undergraduate colleges and universities.

Next, when the NCAA reclassified its institutions in 1973, Colgate, together with Ivy League schools and those that would eventually form the Patriot League, chose to join the Division I rank. The presence of a Division I athletics program at the university remains a distinctive attribute of Colgate and sets it apart in important ways from smaller liberal arts colleges that do not compete on the national level.

Less publicly discussed, though undoubtedly as striking, were changes in the academic life at the university in this period. In the second half of the 20th century, Colgate vigorously committed itself to developing and maintaining a research-intensive faculty. The university decreased the annual course load of the faculty from six courses to five and began significantly investing in its research infrastructure. Support for faculty research — in the form of grants, improved leave schedules, and increased infrastructure support — grew noticeably during the end of the 20th century. Further, in the first part of the 21st century, Colgate built facilities directly linked to increasing academic aspirations, most notably seen with the dramatic improvements to the library (2006) and the completion of the Ho Science Center (2007). The national regard for the faculty — in the form of research grants and national awards won — has risen sharply as a result of these investments.

Much of what is part of Colgate’s distinctive character and quality, however, did not emerge in the late 20th century but has been in place for many decades. A number of these features are worth highlighting as they remain defining attributes for the university. 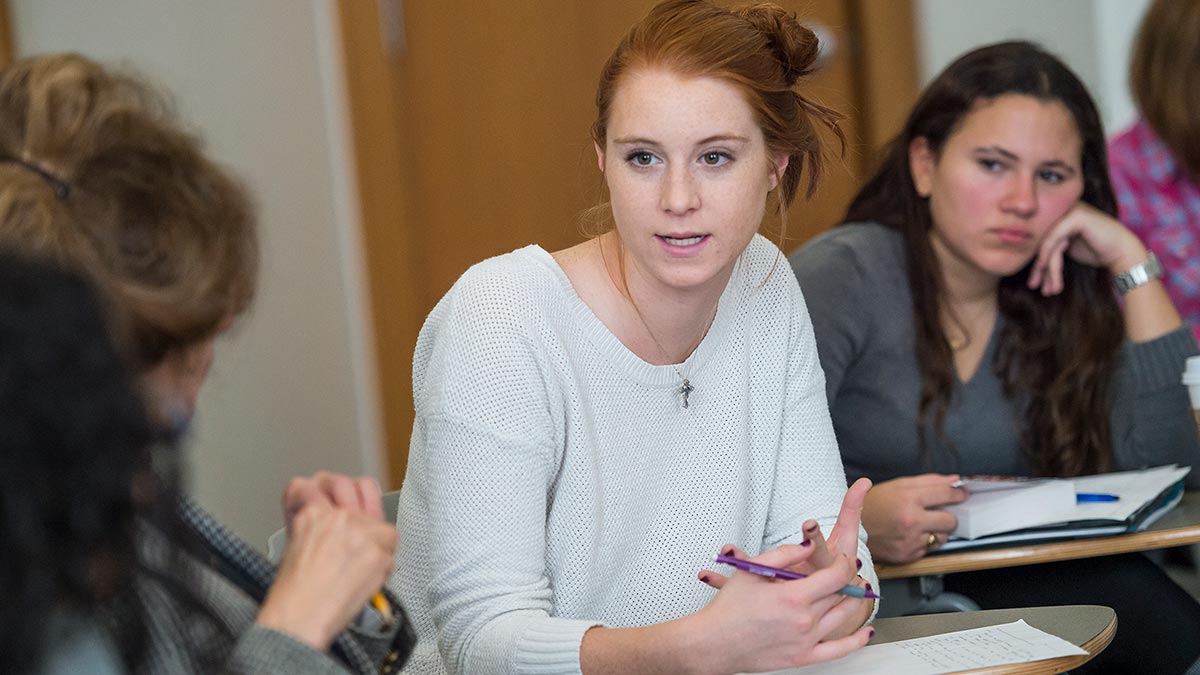 Colgate will sustain its excellence in educating students in the liberal arts.

First, Colgate has long sustained a profound commitment to the liberal arts. At the heart of the university remains a curriculum that calls on students to study broadly across the humanities and arts, the natural sciences, and the social sciences — and, now more increasingly, encourages students to move across traditional disciplines. Critical inquiry, effective argumentation and communication, and creativity remain hallmarks of a Colgate education.

Second, Colgate has retained its general education, or “core” curriculum, through which all students complete a number of multidisciplinary courses focused on issues and topics that go beyond any single academic discipline. This program connects students in a common academic experience, engages a large proportion of faculty, and remains a key touchstone for Colgate alumni.

Third, Colgate has sustained a long-standing commitment to international study. Colgate’s faculty-led study-abroad programs have an illustrious history. At a time when many institutions seemed content with an introverted college experience, Colgate was sending its students to France, the U.K., and China, among many other places. The idea of moving outward — of taking one’s studies to foreign locations and growing through exposure to different cultures and ideas — has long been part of the Colgate experience.

Fourth, another constant feature of the Colgate experience has been its commitment to having the vast majority of students living in university-owned or affiliated housing. When Colgate alumni are asked what prepared them for life after graduation — beyond their professors and their studies — they cite lessons learned in close community with other students. This universal residential system includes distinctive sub-communities such as nationally affiliated fraternities and sororities, or those found in theme housing in former Greek houses. A larger number of students live in university-owned apartments and townhouses.

Colgate has long sustained a profound commitment to the liberal arts.”

At their best, our student-living patterns provide experiences that mature the individual, teaching him or her the skills and practices of empathy, sociability, flexibility, and respect for others. We cannot, of course, be blind to some of the shortcomings and challenges present in aspects of the Colgate social system and scene, and the ways where our local social patterns have not kept up with changes in broader societal values or the ways in which they can divide students, preventing them from forming larger class year or university-wide bonds and sense of affiliation. But a key component to Colgate’s institutional ethos has long been its commitment to living in close proximity to one another and within the boundaries of institutional oversight.

This history of Colgate university — the events, choices, and decisions — has led to the university we now see. Colgate is now a strong institution, and a distinctive one, with characteristics that define life on the campus and the reflections and affections of its alumni.

Proceed to II. The intangibles of the university 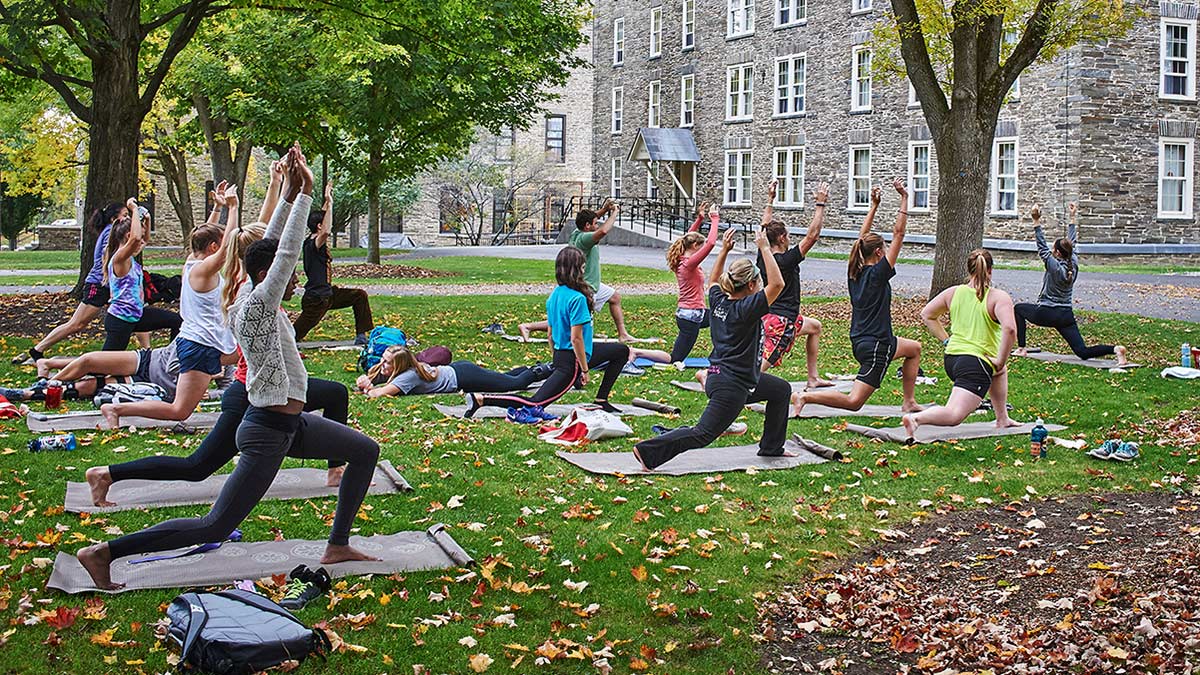 II. The Intangibles of the University 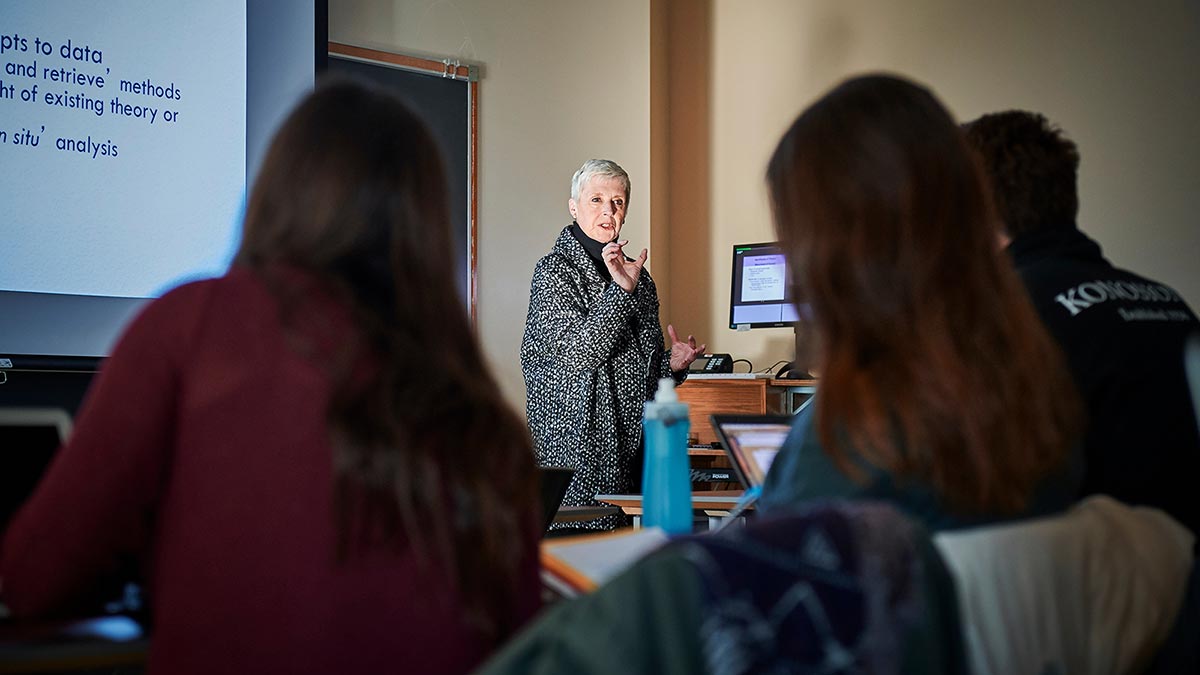 III. The Fundamentals for Colgate's Future 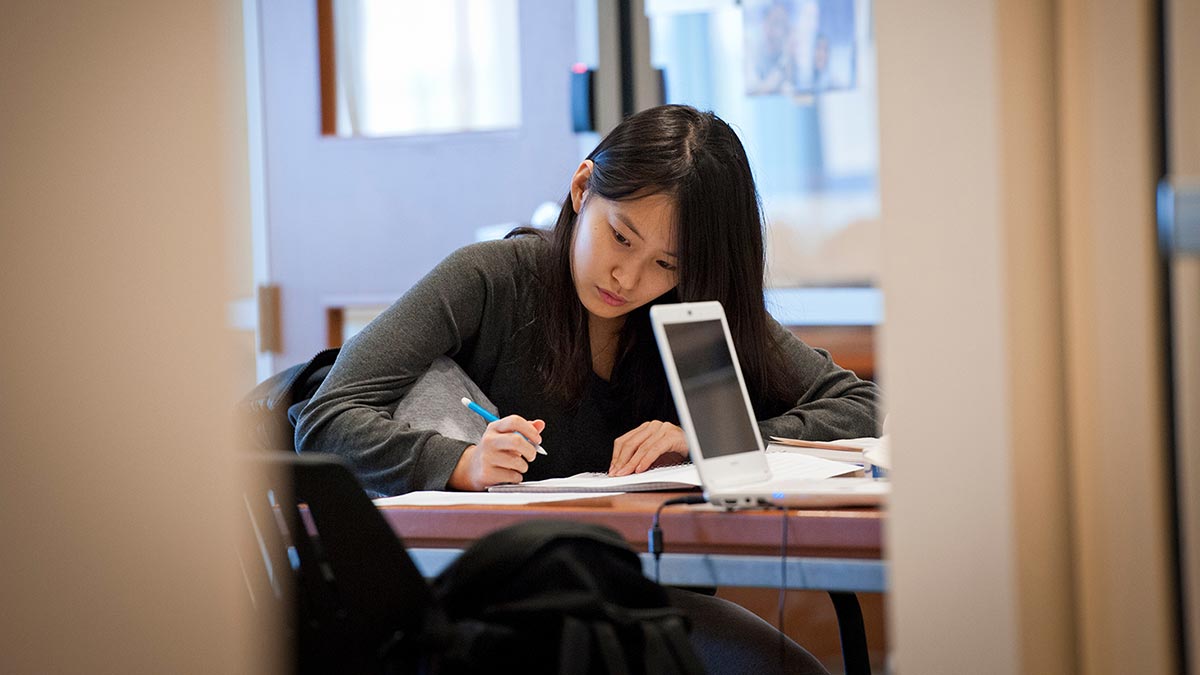